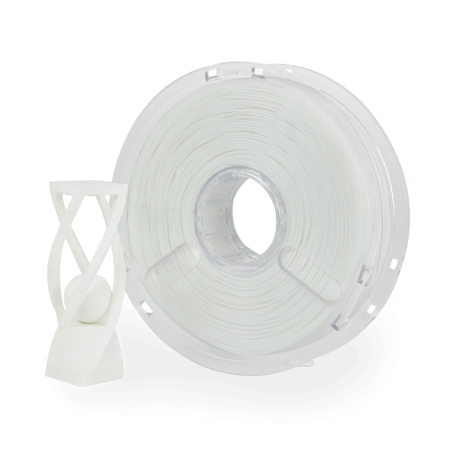 3D printers with FFF/FDM technology make it easy to carry out all kinds of workpieces, even those that contain parts suspended in the air thanks to the supports that are generated with the laminating software on which the piece is supported. But if these supports are created from the same material as the one used to create the part, for example PLA, it becomes difficult to separate them from the part once the impression is finished. That's why PolyMaker has created the Polymaker PolySupport Breakaway, a filament with a set of features that break with all kinds of impediments in 3D printing.

The most outstanding characteristics of this filament are:

The secret of the Polymaker PolySupport Breakaway to make it easy and quick to print is the great adhesion between layers. The bonding between layers is strong enough to maintain the structure and thus be removed by hand, without the need to use power tools or a complicated post-processing, which would cause a considered increase of the time to get the part released from the supports.

This filament presents a quality that few supporting filaments have, and is that it doesn't adhere to the model, but it supports it without there being a union nor a fusion between the support and the piece. This becomes a piece free of unwanted debris to get the desired piece.

Another advantage of the Polymaker PolySupport Breakaway is that it can be used both in a single extruder (where the material composing the part and the support would be the same), as in a double extruder, where it's used only as a support material, normally combined with PLA. In case of using this material as a support and material of the piece, it's recommended to use a fill of 50% or more, so that the model is resistant and functional in a similar way to the PLA.

Compared to other carrier materials that are very sensitive to moisture and temperature, this filament is resistant to moisture absorption and temperature changes. Still it's recommended to store the Polymaker PolySupport Breakaway in its original reusable bag so that the filament can always offer its maximum performance.

PolyMaker to maintain its high standard in the filaments for 3D printing, guarantees the quality of its products and in this case in particular the Polymaker PolySupport Breakaway, realizing up to eight controls with a high level of exigency to guarantee simple, reliable and precise 3D impressions to all users.

Polymaker PolySupport Breakaway coils come in a high tensile box in which the general product information is shown: color, diameter, filament quantity and recommended print temperatures. To know more about the Polymaker PolySupport Breakaway inside each box there's a brochure with detailed information about the product. Polymaker coils have calibrated marks that indicate the approximate amount of filaments remaining, which helps to know if the amount of material available is sufficient for the next 3D impression. 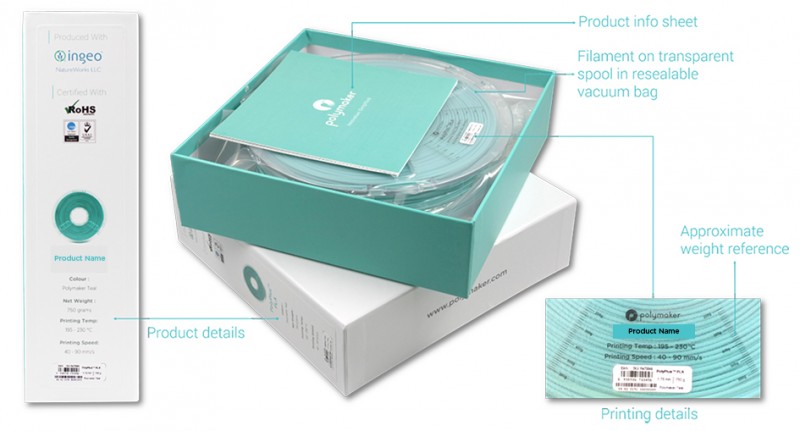 In the field of 3D printing there are also other specific filaments to perform the support function such as HIPS (with ABS), PVA (with Nylon) or Lay-Cloud (for flexible materials such as FilaFlex or Flexfill 98A TPU).

The user should check that both the part holder and the Raft are printed with the Polymaker PolySupport Breakaway and that the print speed is never higher than 50mm/s.

When using supports for the pieces, it is important to know the two types of supports that exist according to their structure: open support and closed support. The open support is that support that is only located in the base of the piece, never in the middle of it and is characterized by being able to remove it completely without breaking it.

The closed support is the one that is in the middle of the piece, being the typical support for internal hollows. To get the final piece break the support and then remove it easily. This may be the case where the two types of support exist in the same piece. 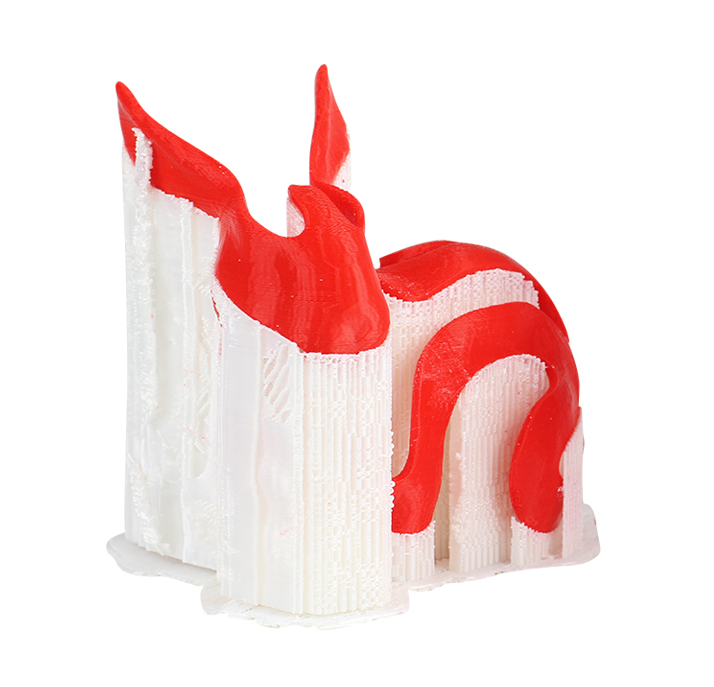 -Open Support: The density of the recommended support is 40% or more, so you can remove it in one piece without leaving leftovers and thus save time of post-processing. For this case, in which it's easy to remove the support, it is recommended to use the padding of the support with perpendicular direction between layers, which is more efficient than the parallel when carrying out the support work. The maximum recommended media angle is 45 ° (the angle from which the media is made), since it is usually the maximum angle that most 3D printers can do.

-Closed support: In this case lower values of the density of the support are needed, between 20% and 50%, always remembering that the lamination software offers the option of varying the density at the top of the support (denser on the contact faces with the piece and less in the rest), and thus facilitate the process of removing the support. If values higher than the recommended values are used it increases of difficulty to remove the support of the piece to be more resistant to the breakage. On the contrary, in the open case, it is recommended to use the backfill with a parallel direction between layers, but maintaining the same maximum angle for supports (45º).

When using only one extruder you should check that the temperature and the print speed are the recommended at the beginning. The use tips for the open and closed support are the same as in the case of double extruders but with the difference that the fill density must be higher than 50% to get parts with a resistance higher than the PLA. In this case the part and the support will therefore be the Polymaker PolySupport Breakaway filament.

Tips and tricks for complex models:

The elephant model has a complex shape to be printed in the natural position of the animal, requiring many supports and complex shapes in areas such as the tail and tip of the ivory, resulting in even failed 3D printing. In this case the most optimal solution is to turn the elephant and place it in the position with the legs upwards, as you can see in the image. This requires a small amount of support and the piece is obtained in a simpler, faster and with an excellent finish.