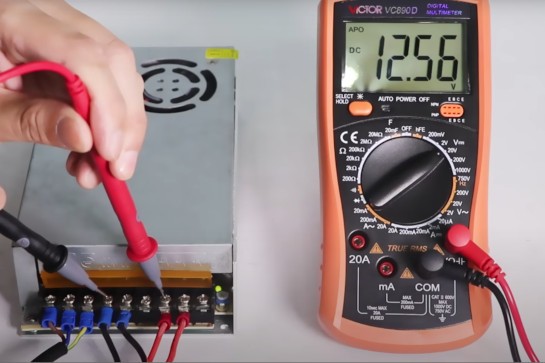 Many 3D printer components come in two options: 12 V and 24 V, and so do 3D printers themselves. This characteristic has to be kept in mind when any upgrades are made to the 3D printer, such as replacing the extruders, hotends or any components for these. But what does all that imply for the user?

12 V and 24 V are voltages, and they are most common in these two options. More specifically, they are output voltages and they have to do with the 3D printer’s power supply (PSU). A power supply is a device whose task is to supply electric power to an electrical load, a device that takes electrical current and transforms it into other forms of energy like heat or light. In 3D printers, the PSU delivers power to all the essential components such as fans, the heatbed or the hotend. Without the minimum required power supply or with an excessive power supply, those elements of the 3D printer may not function properly. 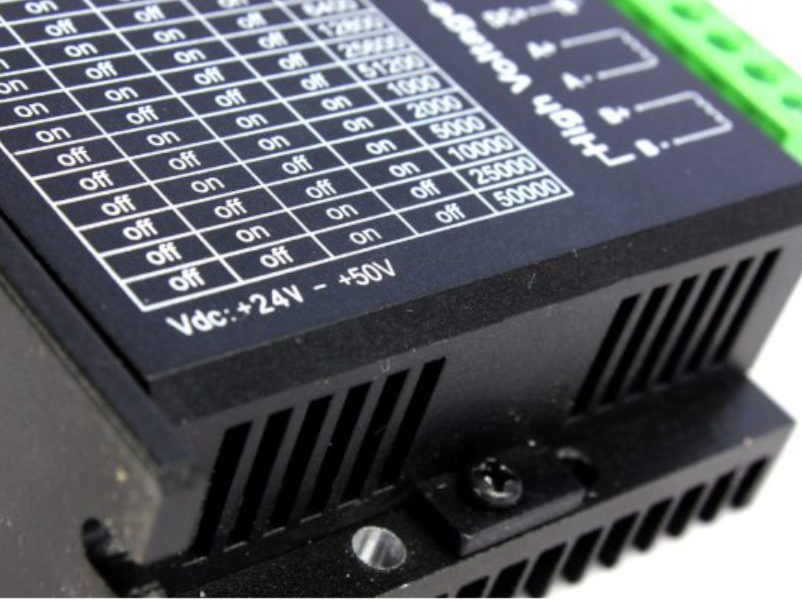 A PSU receives 110 to 240 V from the socket and, with the help of a transformer, converts it down to 12 to 24 V, a voltage more suitable for devices. Moreover, the PSU also has a rectifier circuit, an element responsible for converting the AC current from the socket to the DC current a 3D printer needs. 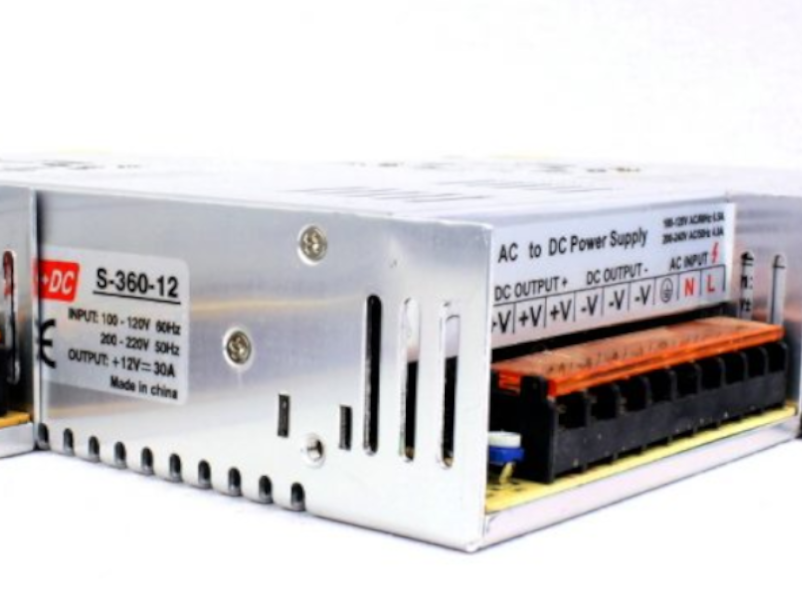 A 3D printer power supply usually has the following specifications:

The purpose of the PSU is mainly to receive, convert and supply power, but it also has some other tasks to perform. The PSU is also responsible for limiting the received current to safe levels, with the help of the electrical load, as well as shutting off the current in case of an electrical fault.

Another of PSU’s tasks is limiting electronic noise or voltage surges from reaching the electrical load, and storing energy so that in the event of a temporary interruption in the power supply, the PSU can continue to power the electrical load.

Which voltage is better?

As far as choosing a new PSU for a 3D printer, there are some factors to be taken into account. A 24 V PSU needs only approximately half the amount of wiring less than a 12 V PSU. The reason for this is that the higher the voltage, the less current flows through the PSU (to get the same power, only half the current is needed), which allows for a reduction of the size of wires. This, in turn, means a reduction in the cost of the wire and in the amount of copper that has to be mined to produce it. Some noticeable advantages of using a 24 V PSU in 3D printing are that:

When it comes to 12 V PSUs, they are useful for running appliances directly from batteries. The disadvantage of a 12 V PSU is that it needs a voltage booster to operate 24 V devices, and its wiring is more costly since it needs more copper.

How to check the 3D printer’s PSU

When buying a 3D printer, whether new or secondhand, the user should make sure to find out the actual power supply voltage of the 3D printer. Sometimes inspecting the technical datasheet is not enough, as the PSU may have been modified by the manufacturer and the technical sheet wasn’t updated. As far as secondhand 3D printers, the previous owner may have modified the PSU without making it clear. Therefore, it is best to always check the 3D printer’s PSU directly on the printer before buying or installing any upgrade components. If a new PSU is bought, it should also be made sure that it works properly before installing it in the 3D printer.

The PSU is usually a large silver rectangular box. Some power supplies are separate standalone pieces of equipment, like in the Creality CR-10 V3 3D printer, while others printers have them built into the main structure, like the Anycubic Vyper 3D printer or the Artillery Genius 3D printer. 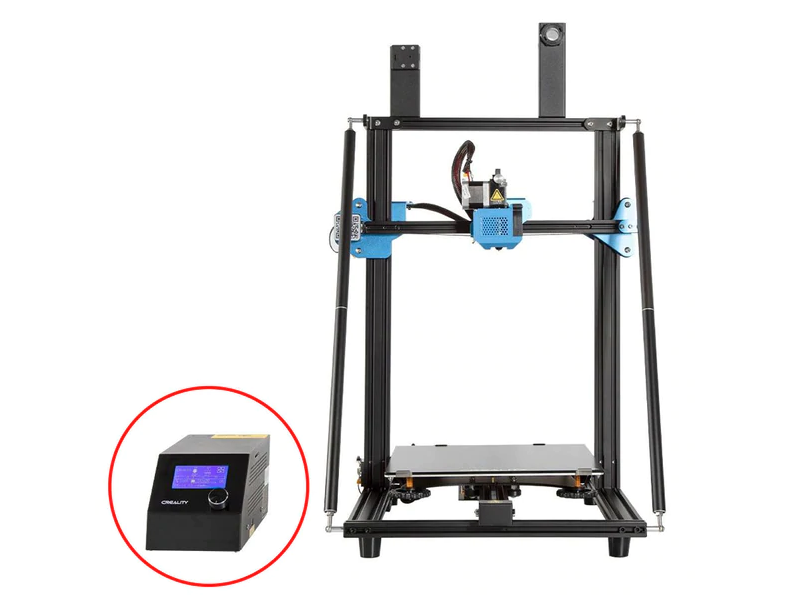 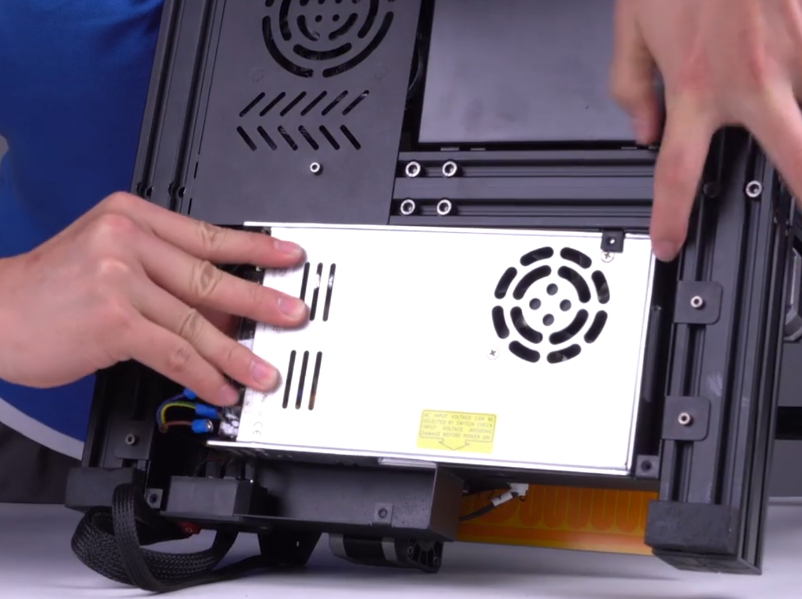 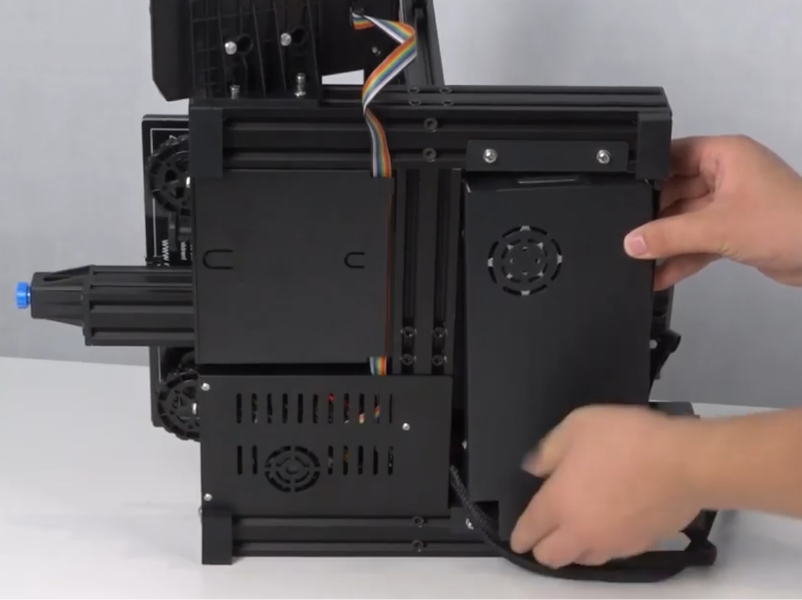 First, the output voltage of the PSU should be verified by looking at the label on the PSU, like demonstrated in the picture below.

Image 5: The output voltage specification on a PSU. Source: E3D.

If the PSU does not have any information on the output voltage, it can be checked with the help of a voltmeter or multimeter. It should be kept in mind that electronic equipment should always be handled with utmost care and safety measures. The correct detecting of the output voltage of a 3D printer is demonstrated in a tutorial video by Anycubic

Video 1: A tutorial on how to detect and replace a PSU. Source: Anycubic.

This process can be resumed in the following 3 steps:

Knowing the output voltage of the PSU and the 3D printer is crucial to correctly choosing the printer’s components and avoiding dangerous consequences of underpowering or overpowering the components and the 3D printer. While 3D printers can operate on both 12 V and 24 V PSUs, or even have the option to switch between voltages, the more advantageous option is a 24 V PSU, as it requires less power to produce the same amount of current, its wiring is smaller, and it offers some benefits to the performance of the 3D printer.