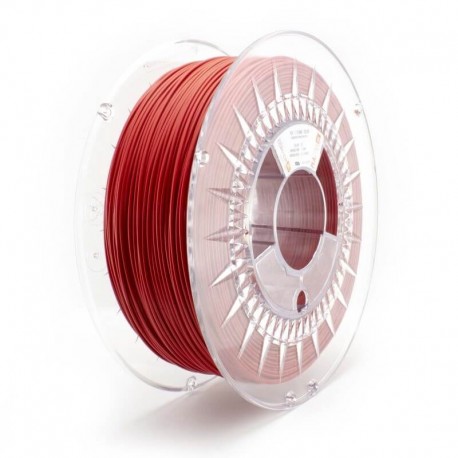 Copper3D is a Chilean company born by the union of engineers, physiotherapists and doctors to solve the skin problems suffered by patients using prostheses. More than 40% of amputees and also many other patients who use prostheses, suffer some dermal disorder due to the high bacterial load that these medical products present in contact with the skin, which lead to dermatitis, folliculitis, fungal infections and more. This problem is due to the fact that the materials used in medical devices are difficult to keep clean and sterilized. To cover this cadence, Copper3D has developed a new polymer for 3D printing with an additive containing copper nanoparticles, highly effective to eliminate fungi, viruses and bacteria, but safe for humans at the correct concentrations.

PLACTIVE AN is a new nanocomposite consisting of high quality PLA and a copper nanoparticle additive (1-2%) with the advanced properties shown below:

To show the world the power of PLACTIVE AN1, Copper3D has sent samples of its product to two microbiology laboratories. Both institutions confirm that the Colony Formation Units (CFU) of Staphylococcus aureus MRSA and Escherichiacoli DH5 α, drop drastically during the first 6 hours of exposure to the PLACTIVE (> 95%), also eliminating bacterial strains up to 98% in the 8 first hours and 99.99% after 24 hours. The antibacterial power of PLACTIVE AN1 is clearly shown in the following graph.

The advanced antibacterial properties of PLACTIVE AN1 is ideal for the entire medical ecosystem: patients, hospitals, doctors, universities; and easy to print for all types of users of a 3D FDM printer. As an example of a sanitary application, the manufacturer Copper3D has published the design of a mask for 3D FDM printing.

PLACTIVE maintains its antibacterial properties with any 3D FDM printer, regardless of the material in which the nozzle is manufactured.

3D printing with PLA is simpler and easier than with ABS. It is not necessary that the printer dock is hot, but if possible it is recommended that the base is at about 40-50 °C, to prevent any small sign of "warping" appears. The extruder temperature must be between 190 and 220 °C depending on the color and the 3D printer used. In our blog article 3D printing is explained about the main concerns of 3D printing PLA and ABS.

If your printer has a fan nozzle it is recommended that you activate it for best results. If you need to print very thin and tall pieces, you will see that the PLA plastic doesn´t give you enough time to harden each layer, so that the piece will be as if it had melted. To solve this problem we give a very simple advice, it prints at the same time at least two pieces, and place them separate at the base. Thus while the extruder is moved from one piece to another, the plastic has time to harden each layer in achieving a better result.
The adhesion of the first layer is key and probably the most important factors for good impressions. so you can use Blue Tape, BuildTak, Magigoo or 3DLac.

It is also advisable to set the "raft", which is to create a first thick layer, such as media, who will not suffer that contraction and on which to print the piece. The disadvantage of using the "raft" is that this first layer will have a less smooth.
It is advisable to lower the density of "infill" parameter for the part to store less heat. As for the "brim" (the membrane that is created around the piece) parameter is recommended to set it to never greater thicknesses of 5mm to help the first layer will not peel.

As for the interior temperature where printed it is recommended to be controlled and no drafts.