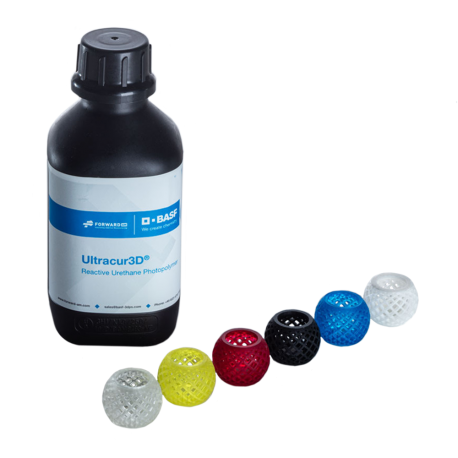 Thanks to the different colours available in the BASF Ultracur3D Color Kit, it is possible to 3D print resin in virtually any colour desired by the user without the need for time-consuming post-processing and manual painting of the parts.

These resins function as the base of the mix, to which the required amount of colourant is added to produce the desired colour.

BASF Ultracur3D Color Kit is available in the following colours: white, black, yellow, blue and magenta, and in 0.5 kg, 1 kg and 10 kg containers. In this way, it can be adapted to the needs of each user.

Thus, BASF Ultracur3D Color Kit allows the user to achieve customised colours in their parts, something very useful and differentiating in the resin 3D printing sector.

23 other products in the same category: