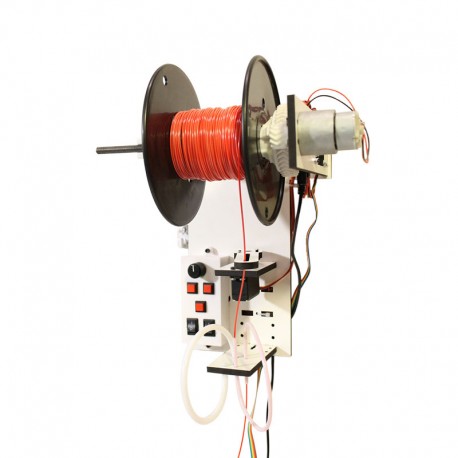 The people who produce their own filament starting from pellets with the Filastruder have the problem of having to manually wind the filament in a coil, but this problem is totally resolved thanks to Filawinder. Filawinder is a device that automatically wraps the filament that comes out of the Filastruder, a pellet extruder that allows filaments to be produced with the characteristics they want. The operation of the Filastruder eis very simple, you just have to adjust the desired extrusion temperature, wait until it is reached in the extruder, then add thes pellets and dyes in the hopper of your choice and start the engine gears to start extrusion.

The following aspects should be highlighted in the Filawinder:

A sensor, formed by a laser light beam and a line of light sensors (array sensors), varies the speed of winding according to the position in which the filament is in the line of sensors array. In this way it adjusts the winding speed with the one of extrusion and ensures that the process is suitable. 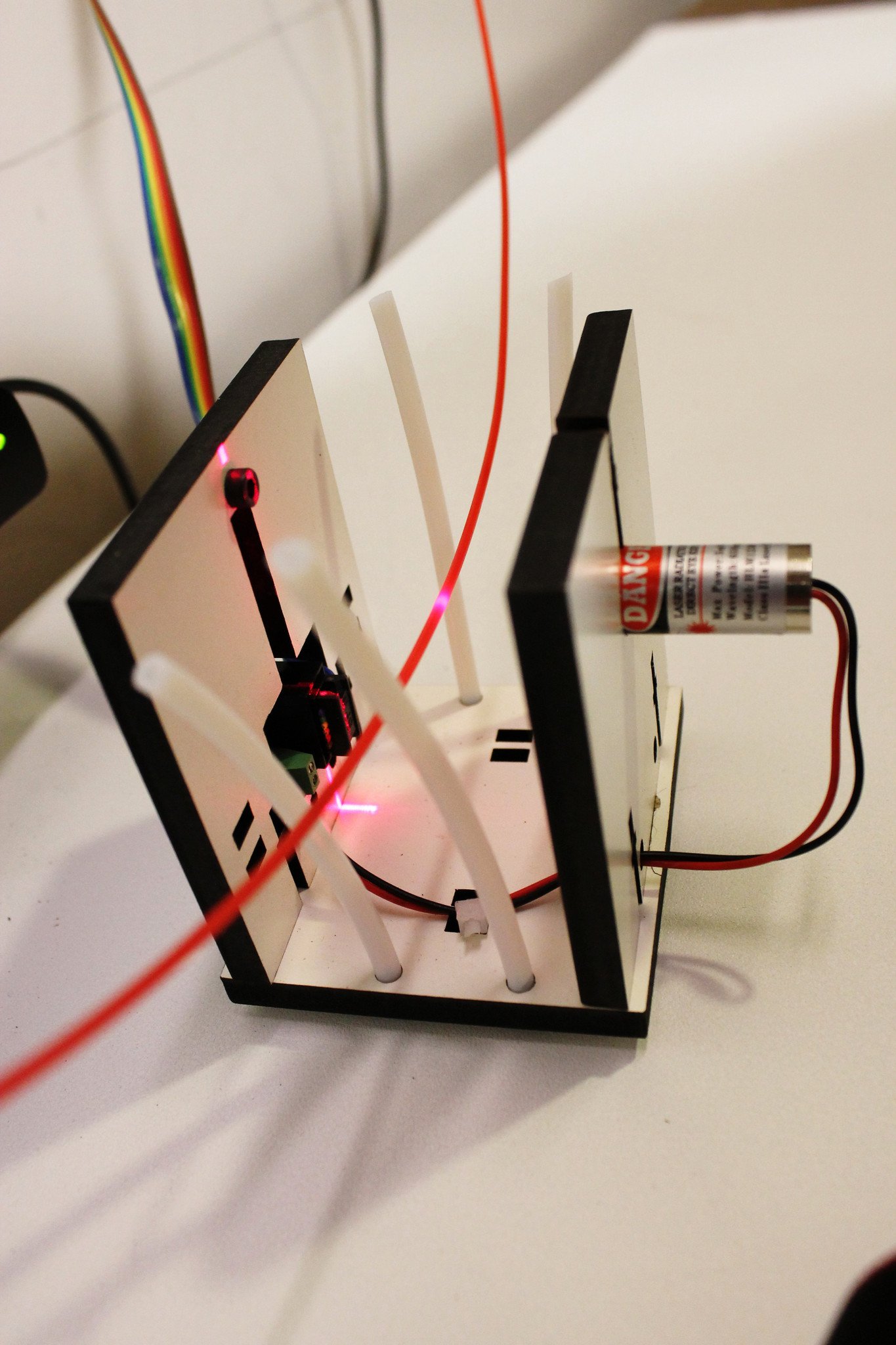 To avoid overlaps during the winding process, a certain tension is required in the filament. Filawinder therefore contains a system for this, formed by a PTFE tube that forms a spiral that, besides giving the necessary tension, stretches the material before going to the reel. 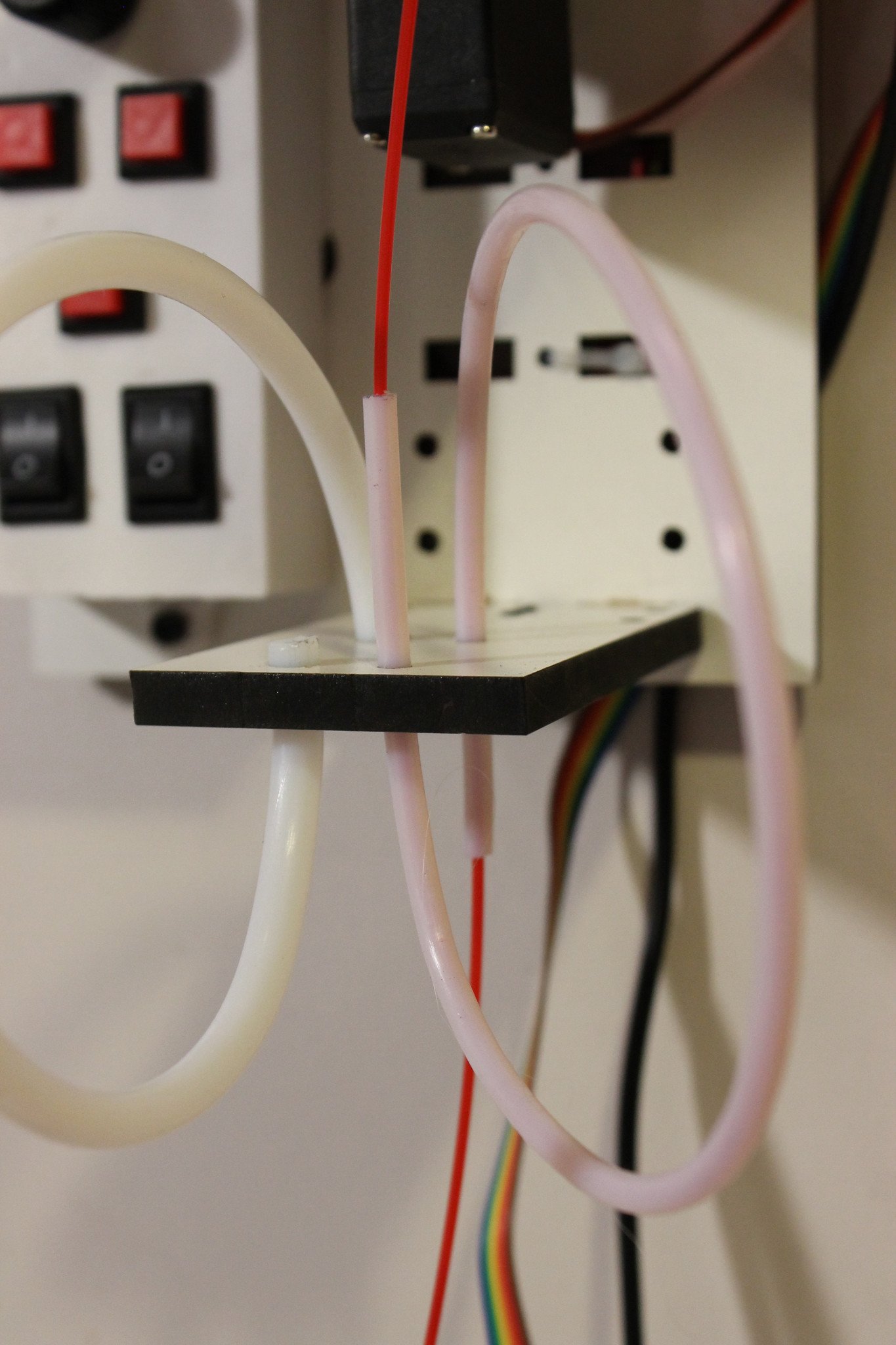 This is one of the most interesting parts of this machine, a guide for the filament located just before the coil that moves actively to perform the winding in an orderly and consecutive way. This guide can be set manually depending on the width of the coil that the user uses. 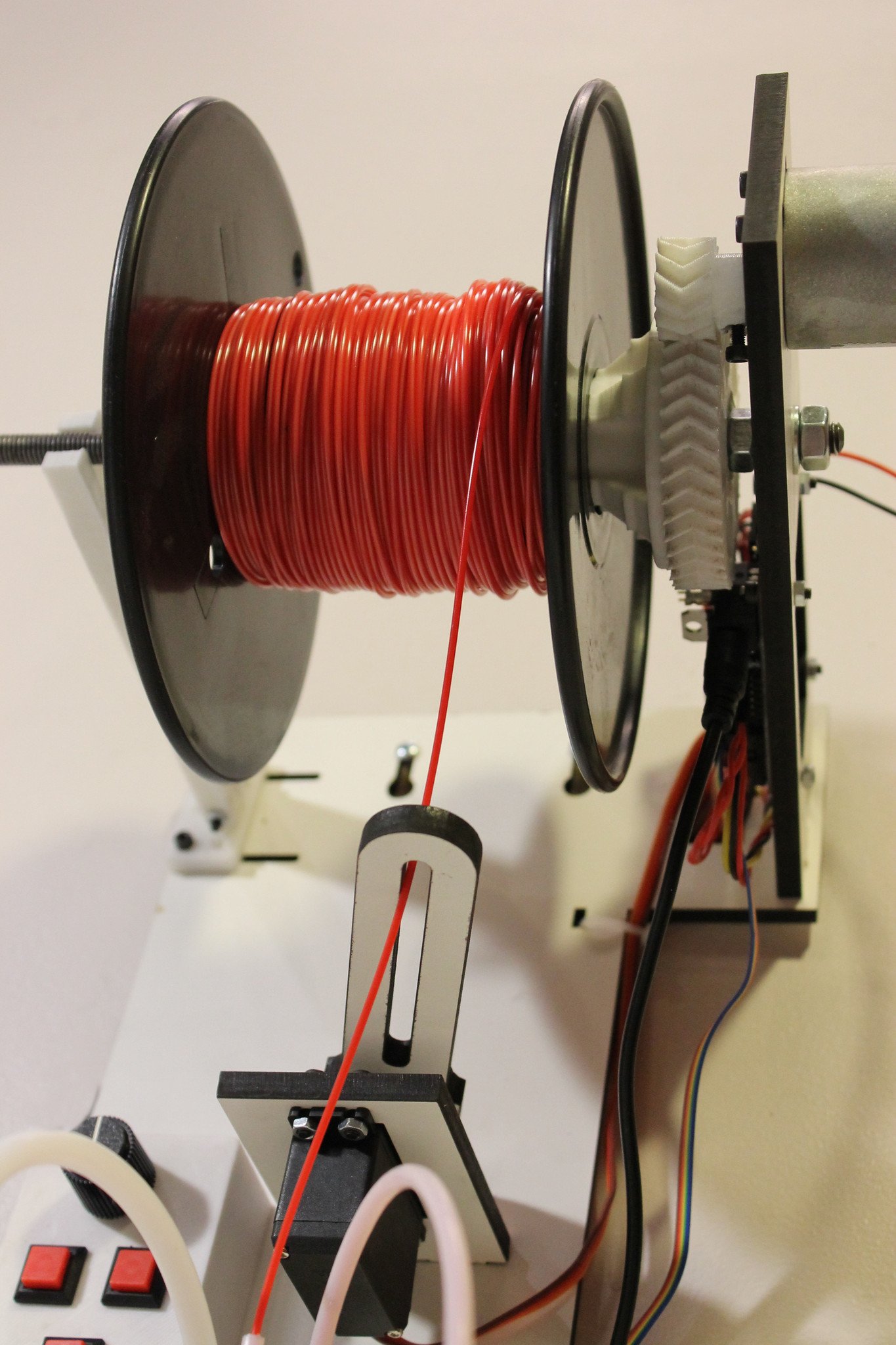 Filawinder incorporates a well-studied geometry holder to match all the inside diameters of the coils used in the world of 3D printing. Thanks to this the user can reuse reels he has. 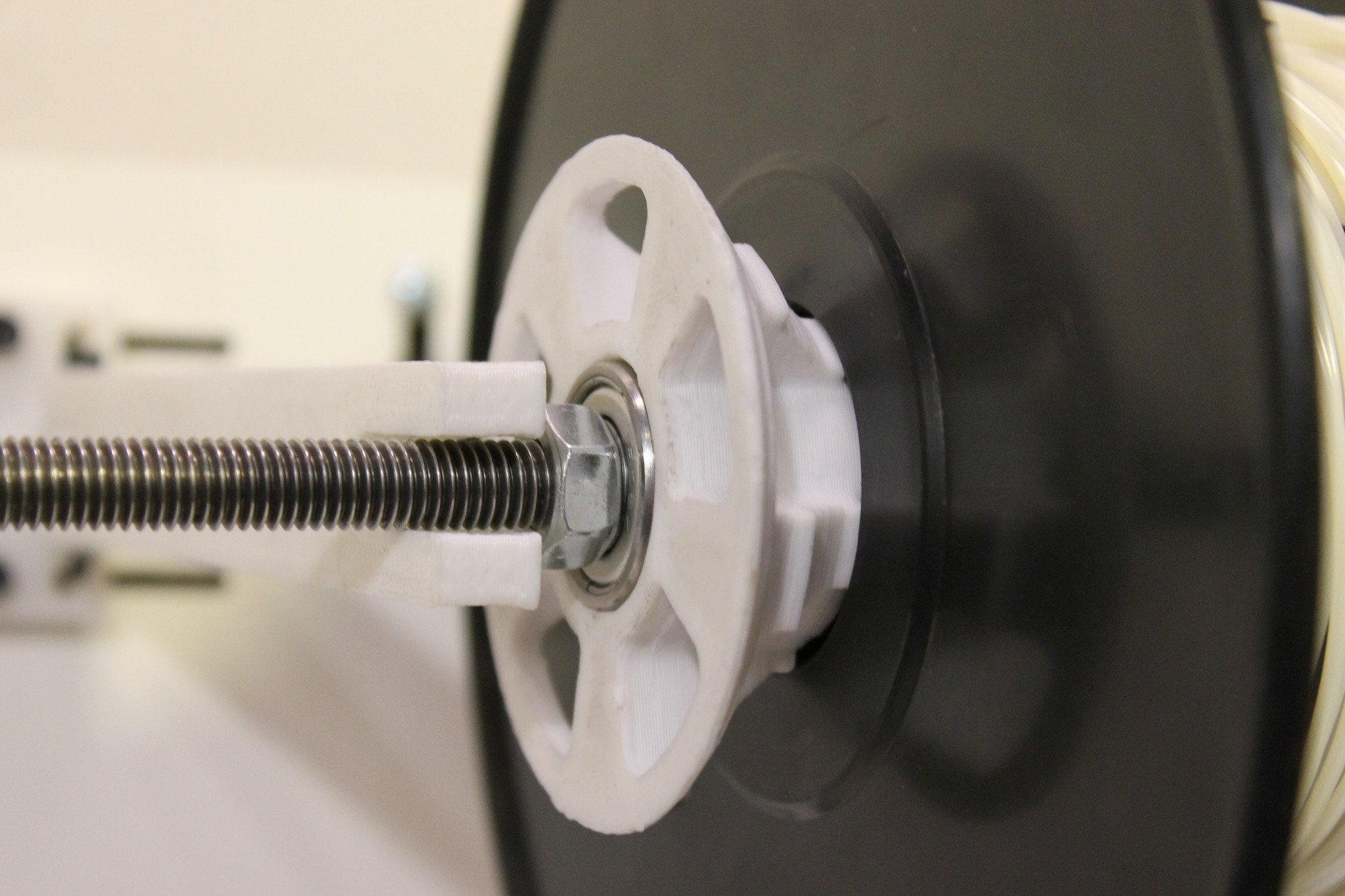 The Filawinder electronics is based on an Arduino Nano to control the entire sensor system and motors, but some plate pins are free. These connectors may be used for future modifications, such as a LCD display showing measurements or a filament width controller.

In the following video you can see the operation and configuration of the Filawinder working in combination with the Filastruder pellet extruder:

Video 1: Joint operation of the Filastruder and the Filawinder

Before mounting the Filawinder it is recommended to read the assembly manual found in the download section.

For the correct operation of this apparatus, the Filawinder must be separated 0.5 meters from the Filastruder, necessary separation so that the filament has a little pronounced curvature and thus, not deform the filament. This separation is also necessary for the correct reading of the sensor that controls the winding speed.

How to set the limits of the strand guide:

How to configure the filament sensor:

You can consult Filawinder Documentation, STL Files and Filamwinder assembly videos in this LINK.