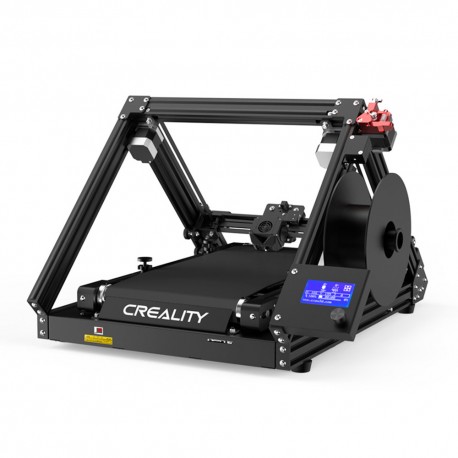 Creality is a company specialising in the design and production of 3D printing related products. Undoubtedly, this company is known for having some of the best-selling 3D printers on the market, due to its great value for money. Creality offers a wide variety of quality 3D printer models that adapt to the user's needs and at a much lower cost than other brands.

The Creality CR-30 PrintMill 3D printer has unique properties, as it has unlimited length 3D printing functions or the possibility of batch printing. The CR-30 PrintMill saves a great deal of time and increases the profitability of production.

PrintMill is a model that was born from a successful crowdfunding campaign on Kickstarter. Such was the success of this model that it is now available on the market.

Creality CR-30 PrintMill has a very different structure from other FDM 3D printer models. Its hotend is positioned at a 45° angle to the print bed, which consists of a nylon conveyor belt. The 3D printer has a robust, precision triangle-shaped structure.

The print volume of this model is 200 x 170 x ∞ mm. Thanks to the arrangement of its elements and the base with conveyor belt, the Creality CR-30 PrintMill can print with an unlimited Z production size, or print series of parts that are detached from the base as the conveyor belt moves forward.

This model has a filament sensor with breakage detection that suspends printing. Once the material is fed again, the 3D printing process resumes automatically. 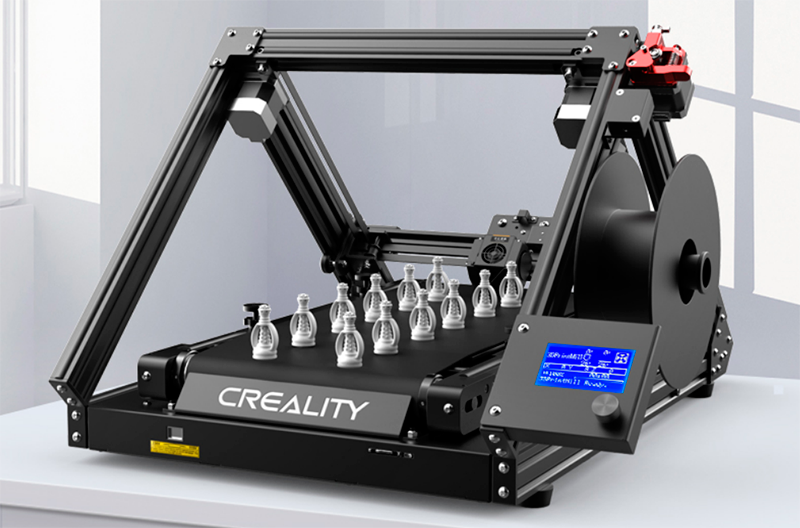 In addition, thanks to its silent base plate, the noise emitted during the printing process is greatly reduced. This makes the Crealiy CR-30 PrintMill an ideal 3D printer for environments where a quiet environment is required.

This Creality model has its own lamination software: CrealityBelt, a very intuitive software developed exclusively for preparing files for Creality CR-30 PrintMill. This software has a simple operation mode to facilitate the user's task, perfect for inexperienced users.

Without a doubt, the Creality CR10 range of 3D printers offers solutions that adapt to the needs of each user, with high quality and at a very competitive price.

The user manual can be found on the SD card included with the 3D printer. In addition, Creality offers a multitude of content on its youtube channel, where the user can find tutorials on assembly, maintenance or modification of the 3D printer.

The 3D printers sold in kit format do not have a guarantee of operation, as this depends on the correct assembly by the user. For this reason, in the event that the user requires support for this product, it is possible that we will have to refer the user to the manufacturer itself.