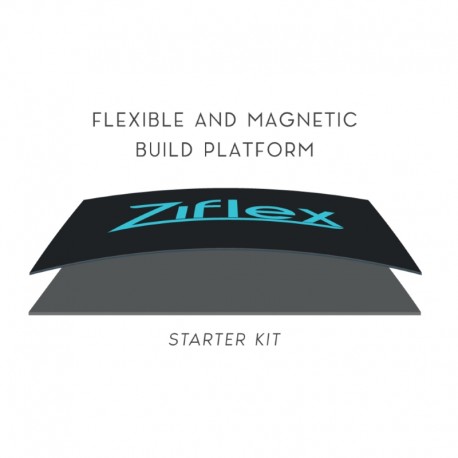 Ziflex is an adhesion sheet for flexible and magnetic 3D FDM printers that offers easy removal of the parts produced. The Ziflex sheet obliterates the need to use conventional methods of adhesion, such as Blue Tape and the use of spatulas to remove the pieces, in fact, the use of spatulas can be dangerous for the user, the printed piece and the printer 3D, which can even be de-calibrated.

Ziflex is a thin, flexible and heat resistant printing surface, which also has a top coating to adhere a good amount of materials. Ziflex is formed by two parts, a sheet where the piece adheres and another that sticks to the base of the 3D printer. The first part consists of a special coating for 3D printing, which perfectly adheres materials such as PLA, ABS, TPU and PETG. Just below this there is a magnetic positioning plate. The part that is glued to the base presents the same magnetic positioning sheet mentioned above and in the lower part a 3M adhesive. The following image clearly shows the layers by which the Ziflex is formed.

The magnetic positioning technology has a binding power strong enough to not take off the two parts of the Ziflex. On the other hand, the magnetic field is oriented in one direction and ensures perfect alignment with the printing base. 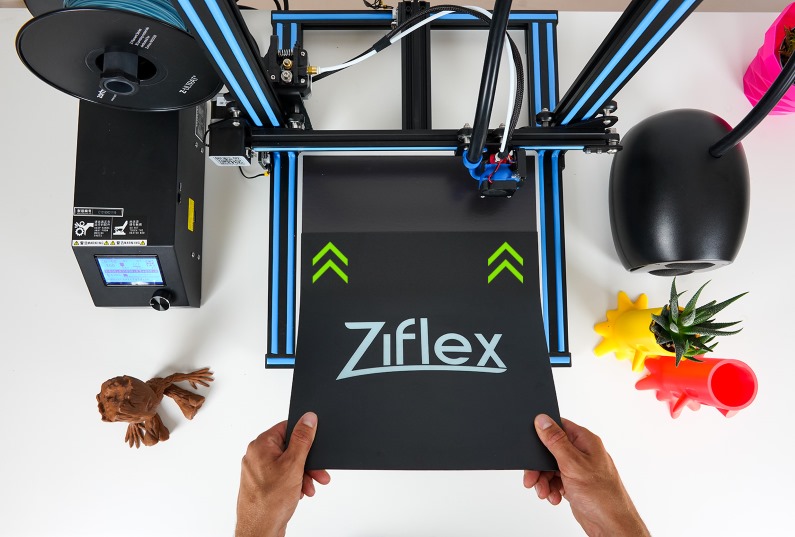 The main reason why this sheet stands out is the ultra flexibility, which allows to extract with any ease any type of printing, from the largest to the smallest, without the piece suffering the least damage. 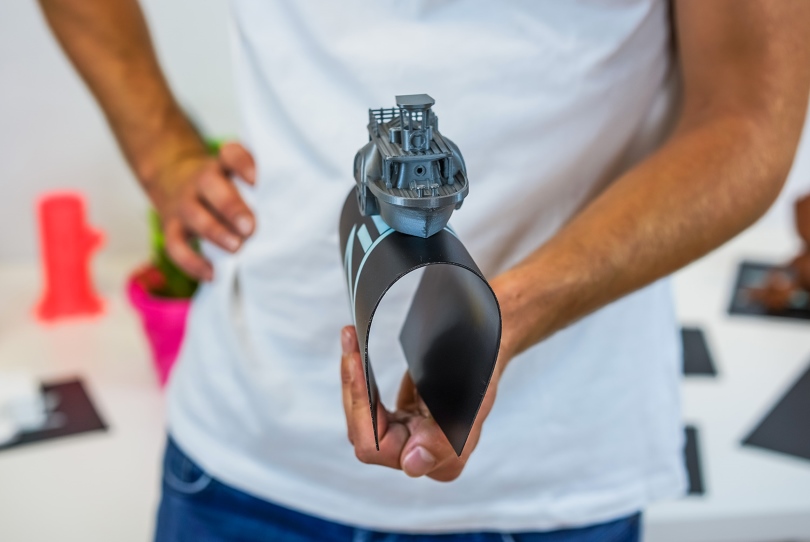 Ziflex not only improves the adhesion of the 3D printer, but also the heat distribution through the base (up to 90ºC). As seen in the following image, with the use of Ziflex a totally uniform heat distribution is achieved in the printing base. 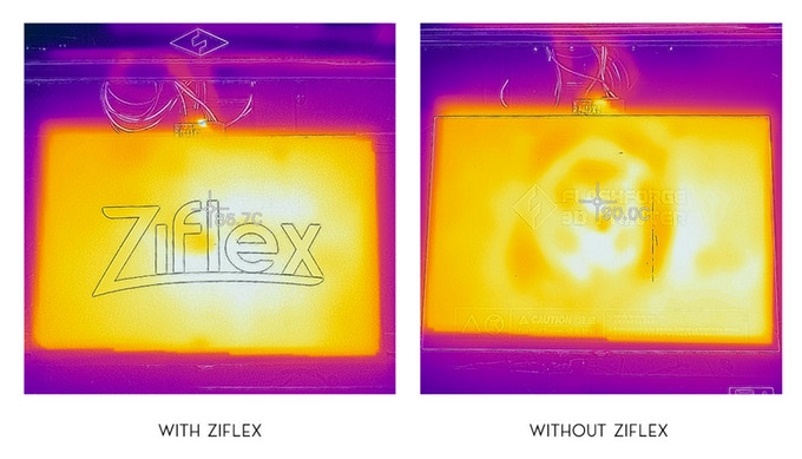 Ziflex adapts perfectly to the vast majority of FDM 3D printers on the market without the need to cut or adapt thanks to the wide range of measurements available. In addition, the Ziflex is compatible with most auto-level systems (capacitive, mechanical and optical), making 3D printing as easy as possible for all users.

In case of needing more adherence power and more temperature in the printing base, it is recommended to use a BuildTak sheet, on which you can print even technical materials (Nylon) without problem. This manufacturer also has a magnetic system for easy removal of parts, the BuildTak FlexPlate system.

Ziflex consists of two parts, both with a strong magnetic directional layer. Before installing the Ziflex you should check the orientation between the two parts that offers greater magnetic adhesion.

1- Remove the white sheet from 3M and paste the other part into the original base of the 3D printer. 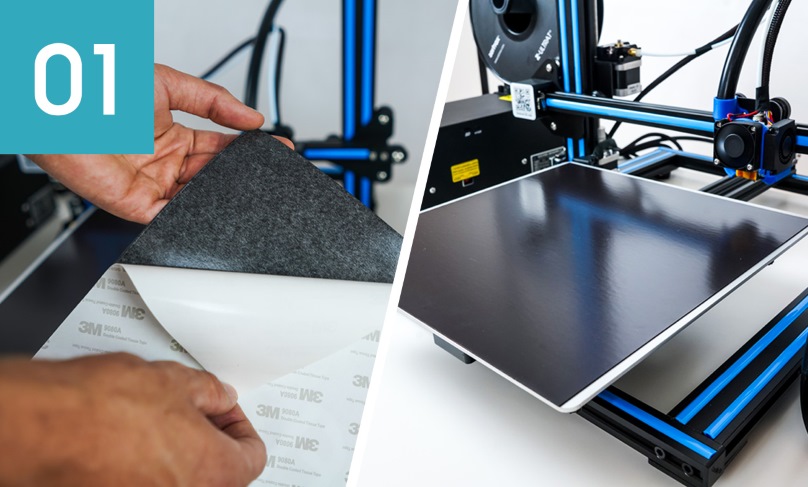 2- Place the part that has the letters Ziflex on the part stuck to the base. 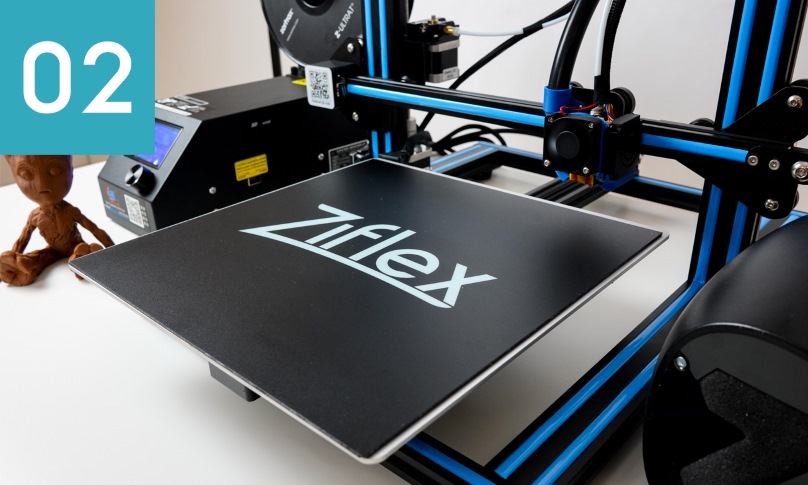 Image 2: Place the upper part of the Ziflex. Source: Zimple3D

3- Calibrate the base again taking into account that the thickness of the Ziflex is 1.7 mm.