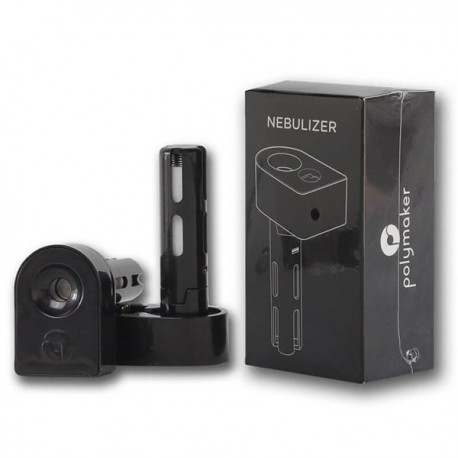 The latest update presented by Polymaker for your Polysher is a new and more powerful nebulizer. This element has an exterior geometry exactly like the first versions of the Polysher,  but, internally, it is different, specifically the membrane. The new membrane increases the IPA alcochol, output power, improves reliability and accelerates the polishing process. This redesigned membrane achieves greater resonance stability and a smoother vibration that improves atomization (5-10 microns). By achieving better atomization, a cloud of denser isopropyl alcohol is produced, which reduces post-processing time and an even smoother and smoother finish. The following video shows the improvements offered by the new nebulizer:

With the use of the Polysher, PolySmooth or PolyCast remains in the liquid state, a mixture caused by the process of smoothing the pieces. This mixture is redirected to the Polysher tank, from which the nebulizer is fed. With the passage of the uses, the IPA contains higher percentages of remains of the PolySmooth (PVB) or PolyCast, remains that are deposited in the membrane of the nebulizer, which also acts as a filter. For this reason and when the user detects that the operation of the Polysher decreases, it is necessary to change the nebulizer.

When a decrease in the intensity of the IPA alcohol cloud is detected, the nebulizer must be changed. Simply remove the outer lid, the tank lid, remove the old nebulizer, place the new one, add alcohol on the new nebulizer and place the caps. The whole process is explained in the following video: