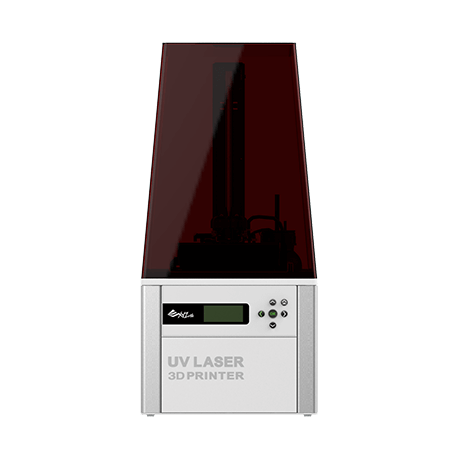 XYZ Printing has made a strong commitment to incorporate 3D printers in resin technology in both SLA and DLP at a very competitive price.

Within the Nobel series of XYZ you can find three different models with outstanding differences:

The main differences between SLA and DLP technology are in terms of finish and speed, where SLA has better finishes than DLP, at the expense of a lower printing speed. 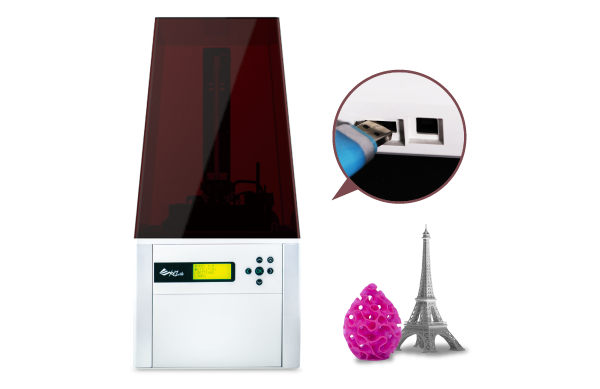 It is a 3D printer based on laser stereolithography (SLA). The SLA technology uses a UV light to convert the liquid resin into a solid object, tracing the shape of each layer. The process of generating each layer begins when the manufacturing platform is lowered until it is submerged in the resin and, once there, the UV laser traces the shape of the layer. You can make pieces in multiple materials with a resolution in Z between 25 and 100 microns and 300 microns in Y.

Its most outstanding advantage is the possibility of using resins from third parties under correct parameterization, which makes it possible to print a multitude of materials with the same 3D SLA printer.

The Nobel 3D printer 1.0 is certified Class 1 with a 405 nm UV laser and fully closed to be used safely in the home. In addition, the way to operate the Nobel 1.0 is really simple, because you can fill the resin and calibrate the platform automatically with the push of a button.

It has a print size of 128x128x200mm to be able to print standard and flexible resins. XYZware Nobel software compatible with 64-bit systems that make the printing process simple is available for use. It is essential to have cámara de curado. 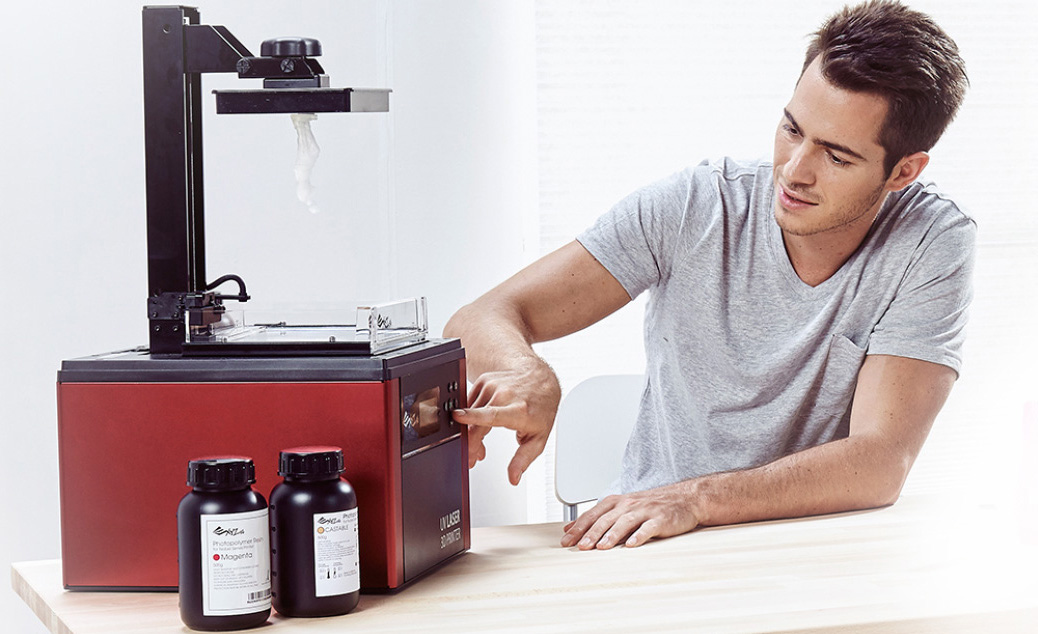 Like the XYZ Nobel 1.0, it is a 3D printer printer based on laser stereolithography (SLA). Its printing dimensions are similar, as well as the possible print resolutions on the Z axis (25/50/100 microns), and 130 microns on XY.

In this case it is not possible to use resins from third parties, but more 405 nm UV laser resins can be used from the manufacturer itself such as the standard, the flexible, the moldable, the rigid and the hard.

For an impression with resolution of 25 microns the maximum allowed height of impression is of 50 mm, whereas for 50 and 100 microns of resolution, the maximum height allowed is of 100 and 200 mm respectively. In addition, the 3D printer XYZ Nobel 1.0.A detects how much resin remains in the tank and automatically adds more resin during printing to avoid having to be aware of the process.

XYZware Nobel software compatible with 64-bit systems that make the printing process simple is available for use. It is essential to have the curing chamber (Link to XYZ Printing UV Curing Chamber product).

The XYZ Nobel Superfine 3D printer is based on DLP (Digital Light Processing) technology. It is one of the fastest current printing technologies, based on the printing of all the details of each layer simultaneously.

It has a printing area of 64x40x120mm (more reduced than the rest of Nobel SLA printers), and with possible printing resolutions on the Z axis of 25/50/100 microns and 50 microns in XY, this printer is ideal for obtaining objects with complex details efficiently. 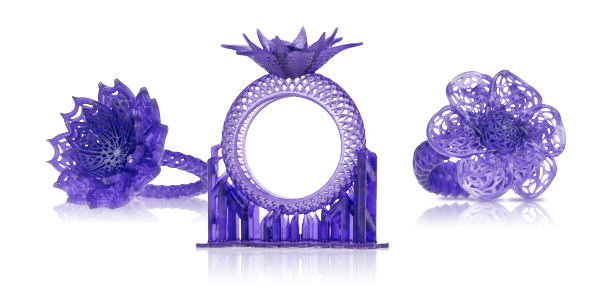 Nobel Superfine is compatible with a wide variety of resin materials, including acrylic, moldable and biomedical. Thanks to the XYZware VDP proprietary software, you can print wirelessly and automatically generate structural supports optimally. It is essential to have the cámara de curado.

17 other products in the same category: