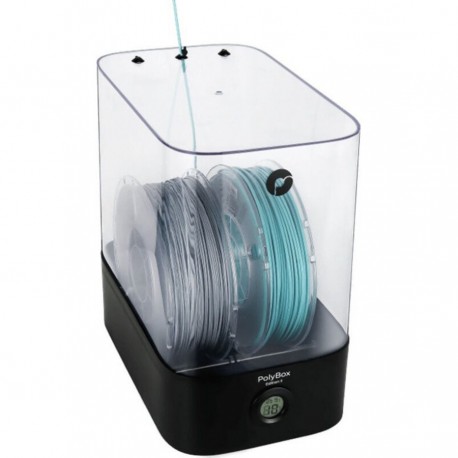 With the development of new materials for 3D printing, the need to store them in an optimal way increases without affecting its characteristics. This storage is necessary, not only to be free of dust particles, but also so that the filament doesn't present a percentage of humidity inappropriate for its use. With moisture greater than 20%, filaments made of hygroscopic materials (materials with high moisture absorption capacity, such as Nylon, PVA, PolySmooth ...) quickly absorb moisture forming polar bonds with the polymer chain. These "water bonds" passing through HotEnd undergo a sudden boil expansion, causing small fractures in the filament.

This causes an innumerable number of problems (bubbles between layers, discontinuous extrusion, poor bonding between layers or an unacceptable surface finish quality) that affects the final piece, both at the level of the finish and its mechanical properties.

To combat all the problems caused by moisture in filaments, Polymaker has developed the Polybox Edition II, a simple storage box that also allows printing in turn.

The principle of operation of the PolyBox Edition II is based on a plastic box with a rigid and resistant base where are housed four desiccant bags, which absorb the moisture of the material that is inside the box in a few hours and up to values of 10%. Once this value is reached, it is advisable to store the filament in a vacuum sealed filament container. The following video shows the difference and the importance of a filament, in this case Nylon, does not have a high humidity level for its use.

Thanks to these two rows of holes, two 1kg coils can be used simultaneously for double-headed extruders or a 3kg coil always conforming to the type of printer and where it is located with respect to the PolyBox Edition II.

Finally, Polymaker has introduced a thermohygrometer with a display that shows the temperature and the percentage of humidity inside the box so that you can know when the material inside is at the optimum point to be used. 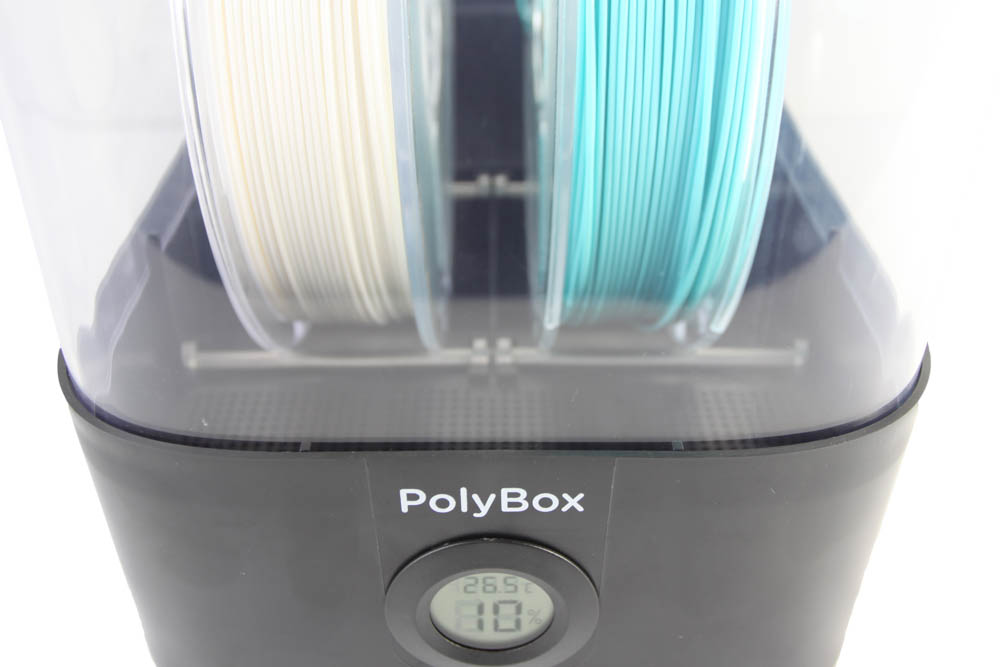 With the PolyBox Edition II the world of 3D printing FFF / FDM covers a weak point that used to have caused by elements of before printing giving great peace of mind to its users to know that they have got rid of many problems. In the case of needing to dry filaments prone to absorb high moisture values (Nylons), it is recommended to use a filament dryer to always achieve the lowest percentage of humidity possible.

Before mounting and using the PolyBox Edition II it is recommended to read the operating manual found in the download section of this product and see the following official Polymaker video of the assembly and operation.

27 other products in the same category: