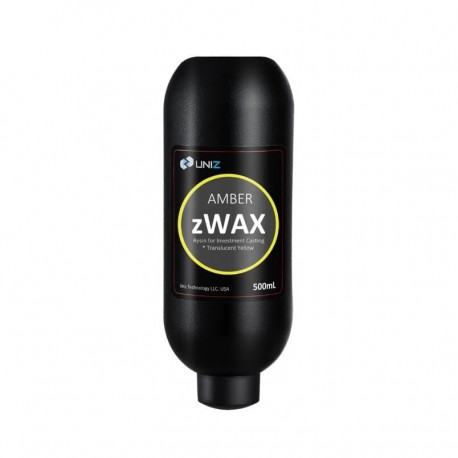 UniZ has taken into account the professions in the field of jewelery that always seek to achieve maximum detail in their products by developing the resin 3D printer SLASH DJ2, with a resolution in the XY plane of 47 μm and the Z axis of 10 μm. Thanks to its zWAX Amber and zWAX Purple resins, any jeweler can make his creations directly from a 3D design.

The traditional methods of jewelery involve long wax modeling times, piece by piece, to then make a cast by lost wax. As expected, the sum of the time of all these processes makes the pieces of jewelry are very expensive. The zWAX resins drastically reduce manufacturing time, since these resins are designed to be used directly in the casting process, achieving an increase in production at a lower cost than in a conventional manner.

The zWAX resin for UniZ 3D printing LED-LCD is available in two versions to meet the different demands of users. The available versions are: Amber and Purple. The zWAX Amber is ideal for making small jewelry items by leaving no remains after manufacturing by direct investment. On the other hand, the zWAX Purple has a 10% wax, thanks to which it offers a high precision and low thermal expansion during the casting, very important when jewelery pieces of great superficial thickness are made.

For the investment casting process, UniZ offers the following graph, which shows the recommended temperature based on the time stage of the process. The specific casting process must be adjusted by each user according to the equipment and materials used.

Once an impression is finished, the piece should be removed from the base with the metal spatula that is included with the printer. Then the piece is immersed in IPA for 5-15 minutes to remove the uncured resin from the outer walls of the piece. After that time, pressurized air must be applied on the piece until it is completely dry. To achieve the maximum properties that the zABS resin can provide, it is necessary to cure the resin for 10 minutes in a curing center (Form Cure) having a wavelength of 405 nm.