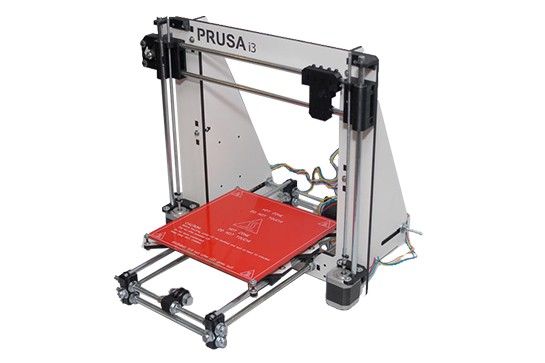 Since the RepRap and Open Source movement was born in 2005 with the appearance of Dr. Adrian Bowyer's 3D FDM printer, which could be built by itself almost entirely, this sector has evolved a lot to this day. In this article we will talk about 3D printers and components that were key at the time to achieve successful parts.

Once the FDM technology patent expired several models of 3D printers emerged, basing their operation on Open Source. These 3D printers were formed by a tubular structure, a simple electronics, and usually did not have a hot base. But in 2012, the world of 3D printing met the 3D FDM printer that would be and is, the most sold and modified market, the Prusa i3 Original. Its latest version, Prusa i3 MK3s, is the favorite of the non-professional market. 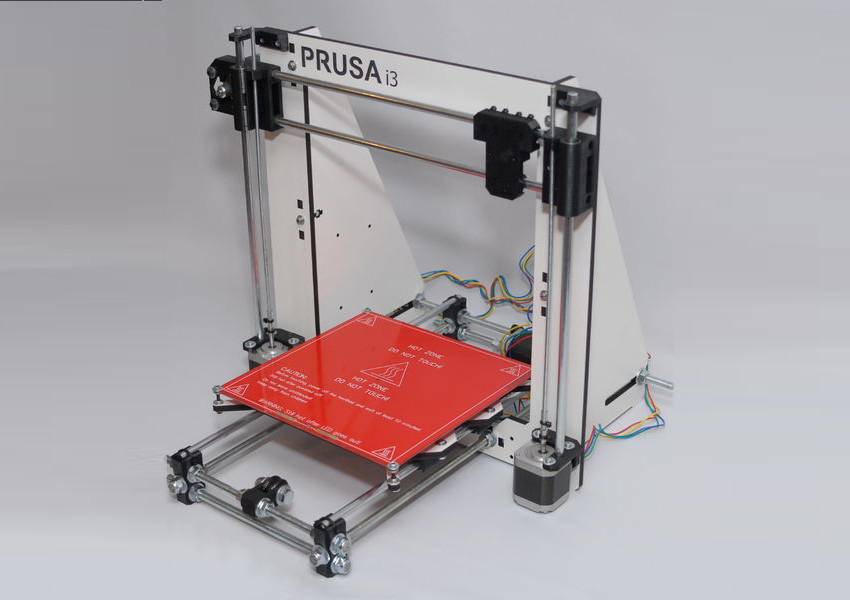 In this section there are different lamination programs from the beginning, even 3D printer manufacturers developed their own laminator. One of the first to be used generically was the Repetier-Host, a software relatively simple to use and compatible with Windows, Mac and Linux. In 2015 Ultimaker launches Cura 2.0, a free rolling software that is very simple to use. In a short time, a large part of the 3D printing community starts using Cura3D, becoming one of the most used. Finally we have the Simplify3D, a payment software that contributed at the time an infinity of new configuration parameters of 3D printing. 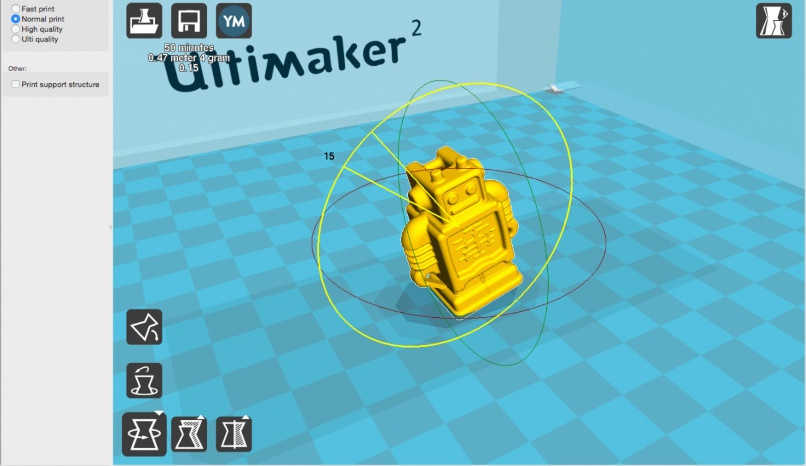 At the beginning of 3D printing, a computer connected to the printer was needed at all times to provide the electronics with the movements it had to manage. This was really uncomfortable, since not only forced to have a computer near the printer, but on many occasions you could not use the PC to perform other jobs because it slowed down and stopped printing. With the appearance of printers with SD modules and software to control remotely with a Raspberry, users optimized the printing processes to a large extent.

The most used extruder until the recent appearance of the Titan Extruder, Titan Aero and extruders type MK8 and MK10, was the Greg Wade. This extruder is the result of joining the work of two engineers. Wade Bortz, a Canadian engineer, creates an extruder driven by a NEMA 17 engine that drives a small gear, this in turn moves a large one, whose bolt moves the filament. Although the main idea was good, Greg Frost, an Australian engineer, picked up the main idea of double gear from Wade and created a revolutionary extruder, which would be used in an infinity of 3D printers. 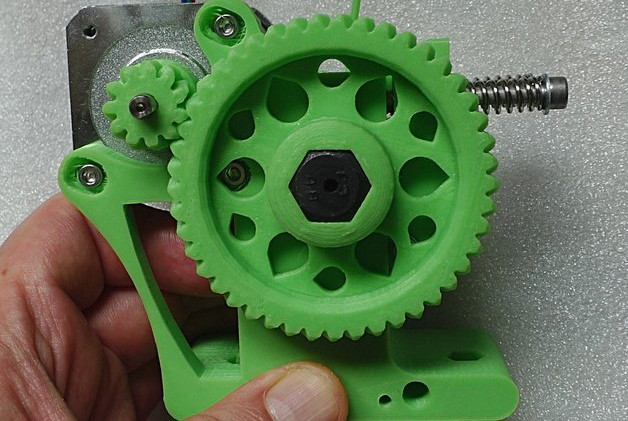 Currently, the vast majority of HotEnd are metallic and have a fan to dissipate heat. In the beginning, the HotEnd was simpler and was simply formed by a plastic body that withstands a high temperature (PTFE or PEEK) and a brass tip with an inlet diameter that fitted the diameter of the filament and an outlet diameter that was will need. The big problem with these HotEnd was that they could not be used with high temperature extrusion materials. 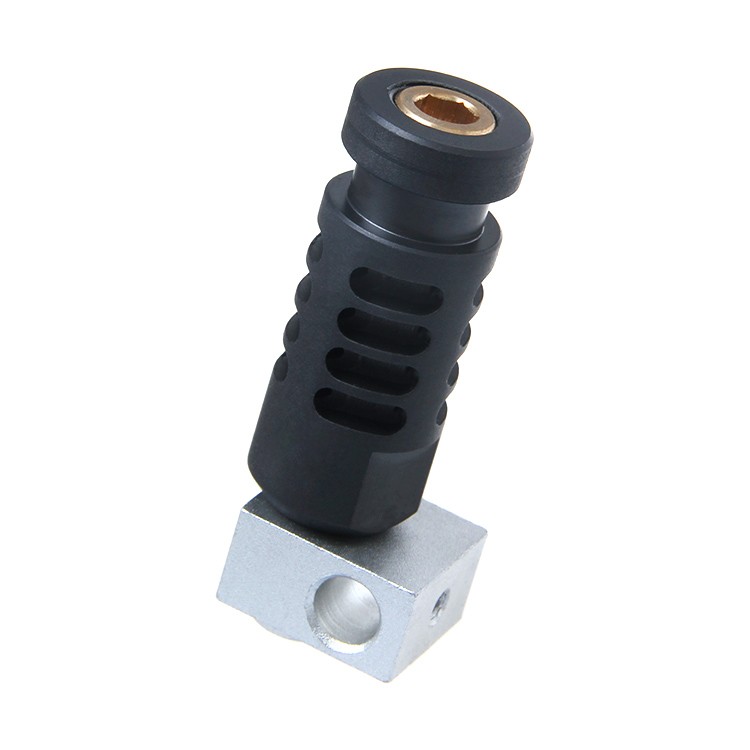 The first 3D FDM printers did not have a hot base, so they used Kapton Tape and Blue Tape  to attach the pieces to the base. Subsequently, hot bases appeared that worked with a separate power supply, base on which a glass was placed. Some printers combined the glass with the tapes mentioned above to get the pieces to adhere. Shortly after, some fixing sprays, began to appear, which evolved to the full range that exists today. 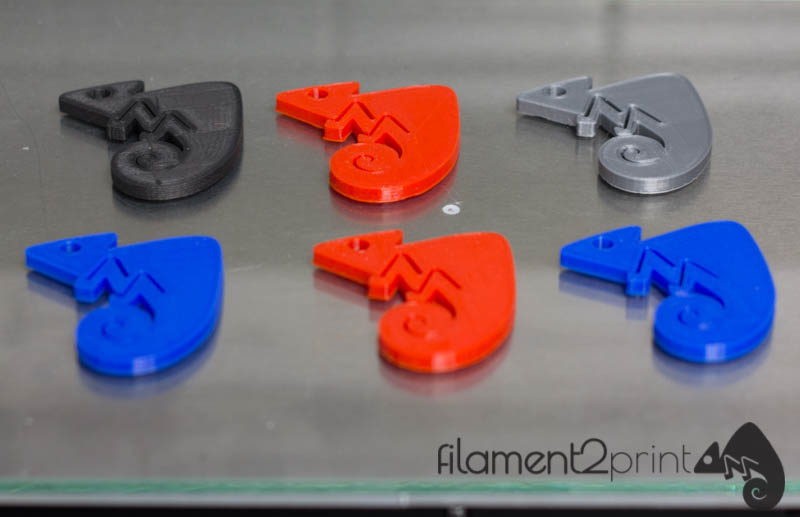 Image 5: Printing base with glass

Even today, the materials most used in 3D printing, PLA and ABS were the only materials available at the beginning of this sector. The PLA was the material used by all users because of its ease of printing, its price and its finish. The filament of ABS appeared due to the demand on the part of the industrial users, since they were familiar with this thermoplastic, a plastic with good mechanical properties and apt for direct applications. On 2012-2013 new materials appear from the hand of two major manufacturers, Kai-Parthy and Taulman3D. Kai-Parthy develops the first wooden filament, with which you can achieve a finish really similar to wood. Taulman3D revolutionized 3D printing with nylon filaments, which opened the sector to an infinity of new applications. 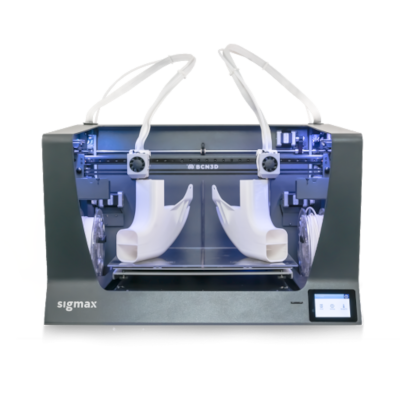 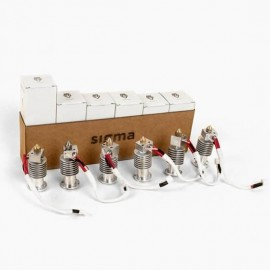 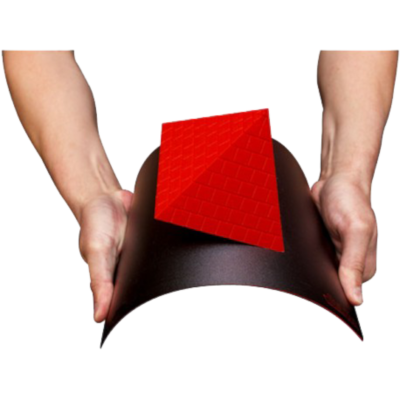 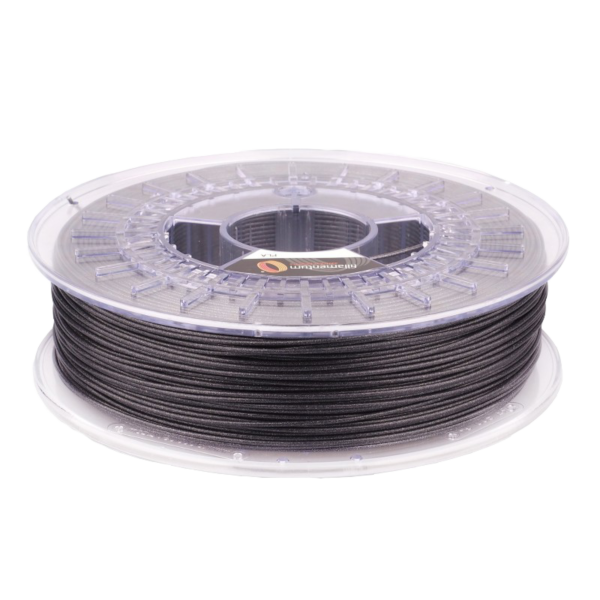 Older users of 3D printers sure remember everything mentioned above with some relief, seeing that right now this sector has evolved and print parts is much simpler and more effective. The users of new incorporation to this great world, we hope that they learned something of history and that continue helping to evolve this sector.

Do not hesitate to comment on all your experiences, whether they are current or the beginnings of 3D printing, so that we all learn.