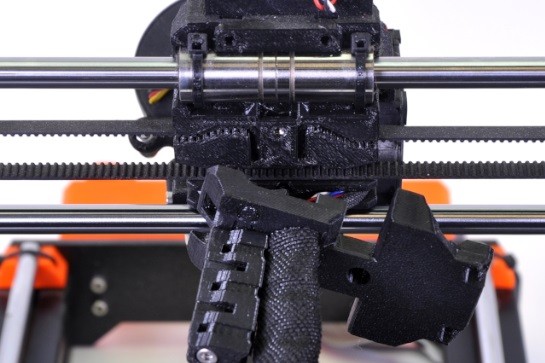 Although most problems with FFF 3D printers are usually related to electronics, hotend performance or the condition of the printing surface, there are a number of mechanical problems that may occur on occasion and need to be checked periodically.

This is a problem caused by incorrect assembly of the 3D printer, which is why it appears mainly in 3D printers purchased in kit form. They do not usually cause printing failures, but they do cause deformations in the parts. The main indicator of this problem is the lack of perpendicularity in the edges of the parts and the only solution is to check the assembly of the equipment again.

In the case of coreXY printers, the perpendicularity of the axes may be due to an excessive difference in tension between the two belts.

Poor lubrication on shafts or dirt on shafts

Poorly lubricated shafts, whether rods or linear guides, can lead to increased noise during printing. In some cases, lack of lubrication combined with dirt entering the bearings can cause excessive friction which can lead to loss of pitch in the motors and layer displacement. It is advisable to regularly clean and lubricate all moving components, ensuring that they all move correctly and without friction.

The belts are responsible for transmitting the movement to the shafts, so it is essential to periodically check their condition.

One of the main causes of layer displacements or dimensional deviations is a poor belt tension setting. Belts with low tension often result in poor surface quality of the parts due to lines and marks, while belts with excessive tension can increase the work of the motor leading to pitch losses and layer displacements.

Image 1: The effect of a slack belt. Source: wikimedia

As mentioned above, in the case of coreXY printers, a difference in tension between the two belts can cause a loss of perpendicularity between axes, so in this type of printer it is essential not only to adjust the belts to the appropriate tension, but also to ensure that both have similar tensions.

During retractions it is common for the 3D printer to make a rapid up and down Z movement. If there is play between the threads of the spindle and the nut, these movements will cause a loss of precision that will be reflected on the surface of the part. This phenomenon is known as backlash and often results in line-shaped defects on the surfaces of the workpieces. The only solution is to replace the spindles and nuts with higher quality ones or to use anti-backlash nuts. 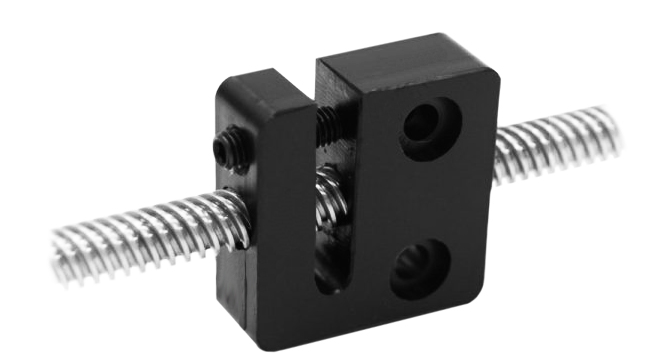 Position and status of end-of-travel sensors

Mechanical or optical sensors are commonly used to detect the end of travel of the X and Y axes. These types of sensors are susceptible to failure, especially the mechanical ones, due to the repetitive use they undergo. The main sign of failure is the collision of the head during homming, and the most common causes of failure are:

Note: This guide discusses concepts in a general way and does not focus on a particular make or model, although they may be mentioned at some point. There may be important differences in calibration or adjustment procedures between different makes and models, so it is recommended that the manufacturer's manual be consulted before reading this guide.