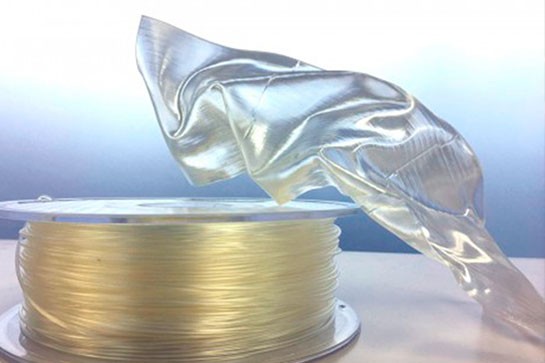 What if pipes could automatically fix themselves if they crack or break, or clothes could change according to the weather or the activity the user is doing? Furniture that assembles itself, prostheses that adapt to growth... These are just some of the possible applications that 4D printing technology is envisaged to realise. 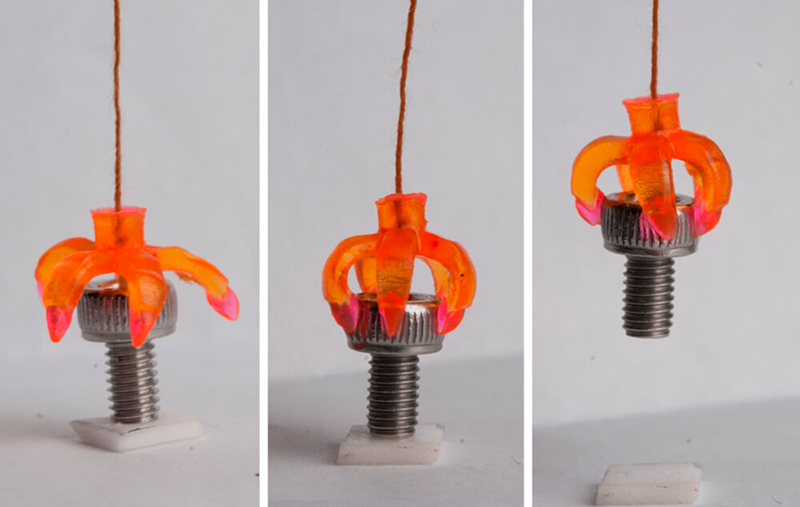 3D printing has been around for almost 30 years and while it is still in the process of research, discovering new materials and applications, new technologies such as 4D have emerged.

At the MIT Self-assembly Lab, they have developed a project of which 4D printing is a part. Its purpose is to combine technology and design to invent programmable materials and self-assembly technologies with the aim of reinventing construction, manufacturing, product assembly and performance. Meanwhile, a study by the Wyss Institute (part of Harvard University) has succeeded in printing an object that, when it comes into contact with water, changes its shape, resulting in a kind of flowering of its ends. They developed a material based on natural structures, such as plants, which was injected with cellulose fibres during the printing process.

What is 4D printing?

Inspired by the principle of self-assembly, 4D printing is the process by which a 3D printed object is transformed into a different structure by the influence of external energy input such as temperature, light or other environmental stimuli. That is, obtaining an object through 3D technology that, thanks to the properties of the material from which it is made, is able to change when subjected to an environmental stimulus.

This is precisely the difference between 3D and 4D technology: the ability of objects to transform over time without human intervention.

The key to 4D printing is not so much the process, based on the familiar 3D printers, but the materials. As this is a fairly new technology, the materials available are not as varied as those used for standard 3D printing. However, there are some very interesting ones.

Polymers that remain rigid at room temperature and offer special properties when they reach the glass transition point. An example would be Convena's TPU SMP: a 4D filament with a composition based on TPU (thermoplastic polyurethane) that allows post-processing to modify the shape of 3D printed parts. Thanks to its special composition and Shape Memory Polymer technology, parts printed with this filament can be modified manually, allowing them to acquire another shape and maintain it over time.

The process of modifying the shape of a 3D printed part with SMP TPU filament consists of placing the 3D printed part in a container of hot water until it reaches its glass transition temperature. At this point, the part softens and the user can easily modify its shape. Once cooled, the part maintains the acquired shape and remains stable. In addition, parts 3D printed with SMP TPU filament can be restored to their original shape by reversing the process. In other words, the material's glass transition temperature is reached again.

They contain liquid crystals that are sensitive to heat. By controlling their orientation, the desired shape can be programmed: under the effect of temperature, the material will relax and transform according to the dictated code.

Polymer chains consisting mainly of water, particularly used in light-curing processes. The latter are focused on the medical sector due to their biocompatibility.

In addition, some 4D printing processes can use various materials, mainly composites such as wood or carbon, which are added to SMP or hydrogels. This results in objects with rigid and movable areas.

Given the many advantages of such intelligent materials, the applications of 4D printing are innumerable.

The construction of climate-adapted structures such as bridges, shelters or other facilities would be a huge step forward in this field. 4D bricks capable of modifying walls and roofs to suit the environment would allow indoor conditions to be modified and improved.

In this case, 4D printing offers the possibility to create tailor-made, intelligent and evolving devices. For example, by 4D printing an implant, its condition and viability could be more easily monitored once it is integrated into the patient.

This concept is applicable to all regenerative medicine and the fabrication of cellular structures. 4D printing would allow cells to adapt to the human body depending on its temperature, for example. If we talk about medicines, it would be possible, for example, to print a device that would release the required dose depending on the patient's body temperature.

A few months ago, BMW and MIT presented their inflatable material, which changes shape and size under the effect of air pulses. The applications are very interesting, as in the future we could have tyres that can repair themselves in case of a puncture or adapt to the terrain and weather conditions of the environment.

In the case of the aircraft industry, a 4D printed component could react to atmospheric pressure or temperature changes and thus change its function. Airbus is currently working on such developments, as these components could replace hinges and hydraulic actuators, significantly lightening the devices. In addition, it is also working on the development of heat-reactive materials to cool its aircraft engines.

Raúl Pulido Casillas, a Spanish engineer, has created a 4D-printed smart fabric for NASA. The metallic mesh, made of silver pieces joined together, has thermal regulation programmed into its print. In other words, not only its shape has been printed, but also the function of the materials. As it is able to reflect heat on the outside and retain it on the inside, it could be an ideal element for making astronaut suits or covering spacecraft.

In the textile industry, 4D printing is also finding its place. The possibility of printing shoes that adapt to movement, impact, temperature and atmospheric pressure is a possibility. The US military has already made a foray into this field and is testing uniforms that change colour depending on the environment, or that regulate perspiration depending on the soldier's pulse or the ambient temperature.

Although we are still in its infancy, it is certain that 4D technology will revolutionise the manufacture and nature of objects over the next few years, just as 3D printing did in its day.