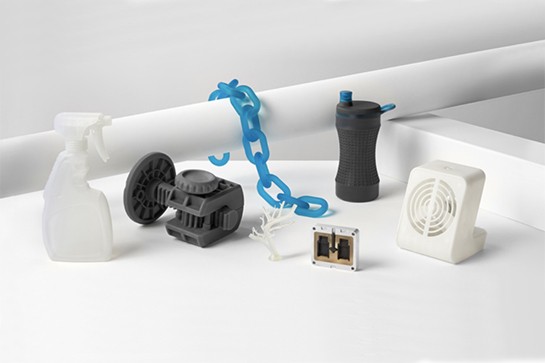 One of the main barriers that 3D resin printing has always had when implemented at an industrial level has been the limited variety of materials available. Originally the only materials available were resins based on acrylate oligomers, generally of low molecular weight, which stood out for their high fragility and poor mechanical and thermal properties. Because of this, 3D resin printing has always been relegated to the background in the production of functional components and prototypes, in favour of thermoplastic-based 3D printing technologies such as FDM or SLS.

However, in recent years this has changed dramatically. The emergence of new technical resins with advanced properties and developed specifically for certain professional applications has brought this technology to the attention of many sectors. Coupled with the emergence of new resin-based 3D printing technologies such as LED-LCD, which have succeeded in reducing costs and significantly increasing printing speed, this is a viable alternative, which may even surpass FDM and SLS in some application areas.

These technical resins can be classified into three groups, depending on the field they are focused on:

The jewellery industry has historically been the first to implement 3D resin printing. This is due to the high resolution offered by this technology, capable of producing small 1:1 scale models with high quality finishes. 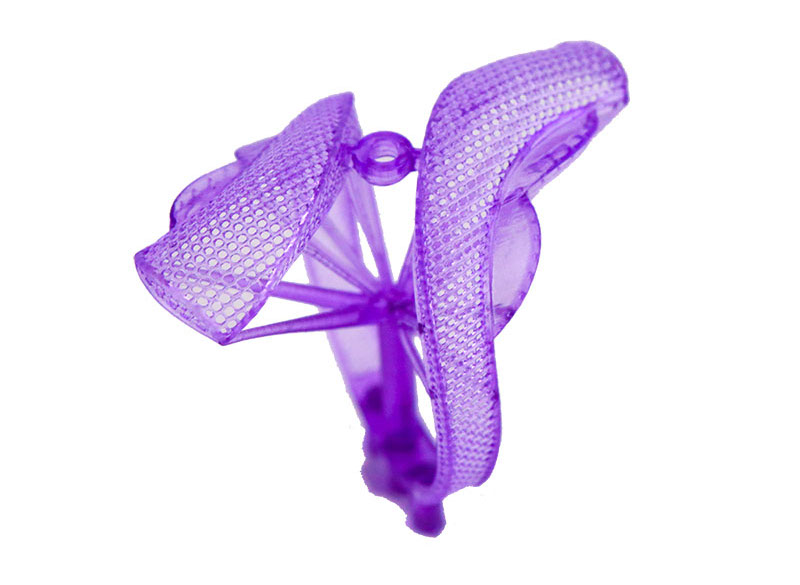 Although standard resins are widely used for the production of models, what has meant a before and after has been the emergence of high quality castable resins. These resins stand out for leaving hardly any residues during calcination, which has made them a perfect substitute for the wax models originally used in casting.

Thanks to this it is possible to print the casting tree directly, without the need to make moulds to produce the wax masters or manually assemble the trees, which reduces the manual stages and automates the process.

In general, this type of resin can include a percentage of liquid wax in its composition which is intended to eliminate any ash residues, producing a clean mould, suitable for quality casting. A higher percentage of wax will produce a cleaner calcination, and with less residue, however, it can affect printing precision. In addition, this type of resin is usually characterised by a very low coefficient of expansion.

There are currently many options on the market for high quality calcinable resins, compatible with both SLAs and DLPs or LED-LCDs. Formlabs "Castable Wax" resins with 20% wax or ZWax Purple with 10% wax and compatible with DLP and LED-LCD printers stand out for their combination of low residue, low thermal expansion and high precision. 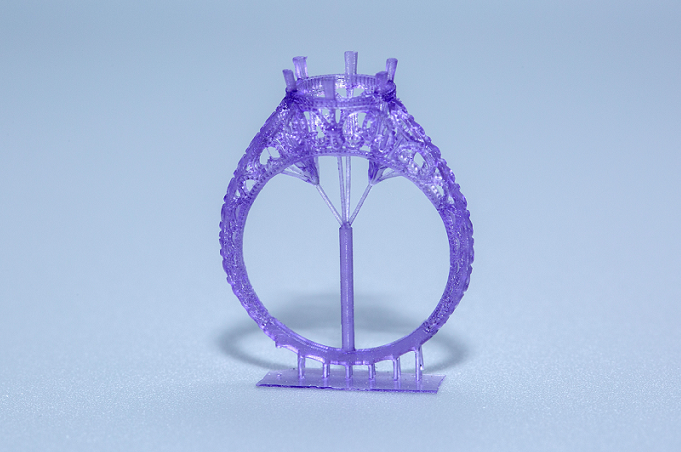 Along with jewellery, the dental sector was one of the first to adopt 3D resin printing, and is now the fastest growing sector with the widest range of materials.

Dental resins can generally be grouped into four categories according to their application:

These are resins that are not designed to be in contact with the patient. They are generally used for the production of patient models on which the dental or medical professional can work in order to plan interventions or to test elements such as crowns or bridges. They are similar in composition to standard resins and are mainly intended to have a high precision and resolution, as well as a low production cost. 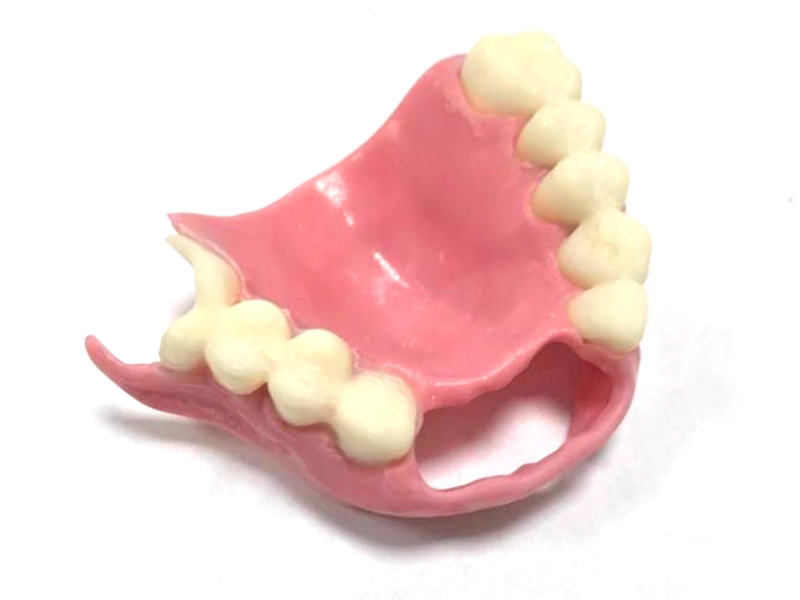 It is also important in these resins that they have certain aesthetic qualities, distinguishing two groups:

Resins for retainers and splints

These resins are intended for the manufacture of retainers and splints, therefore, in addition to having a biocompatibility of at least class IIa, they must have an excellent resistance to wear and fracture.

Another common characteristic is that they tend to be highly transparent, mainly for aesthetic reasons.

In addition to the production of retainers and splints, they are widely used in the manufacture of surgical guides due to their good compatibility and excellent mechanical properties. Some manufacturers such as Formlabs include a specific resin for this application such as Dental Surgical Guide resin, which provides greater flexibility.

It is possible to find resins developed for the production of splints and retainers compatible with both SLA such as Formlabs Dental LT, and DLP and LED-LCD such as Dental Clear from Harzlabs.

Resins for temporary crowns and bridges

These are resins used to produce bridges, crowns, restorations and temporary veneers. They must be biocompatible and provide a finish similar to that of the original teeth.

To provide this finish in general, ceramic components and stains are used which provide shades within the VITA scale.

Once printed, these resins can be polished and shaded with light-curing veneers to obtain the ideal finish for each patient.

Resins similar to those used in jewellery. In this case, the need to produce as little waste as possible is even more critical.

They are mainly used in the production of models for the manufacture of dental implants by casting. The Harzlabs Dental Cast resin stands out, with a residue of less than 0.1 %.

The industrial and engineering sector has always been the most reluctant to implement 3D resin printing. This is mainly because, on a mechanical and thermal level, resins cannot compete with the engineering materials available for FDM or the polyamides used in SLS.

Although this is still true today, in recent years advances in materials and the emergence of new engineering resins are closing the gap between different 3D printing technologies. There are three groups of engineering resins:

Engineering resins with other specific properties, such as high wear resistance or impact resistant resins, have also appeared. 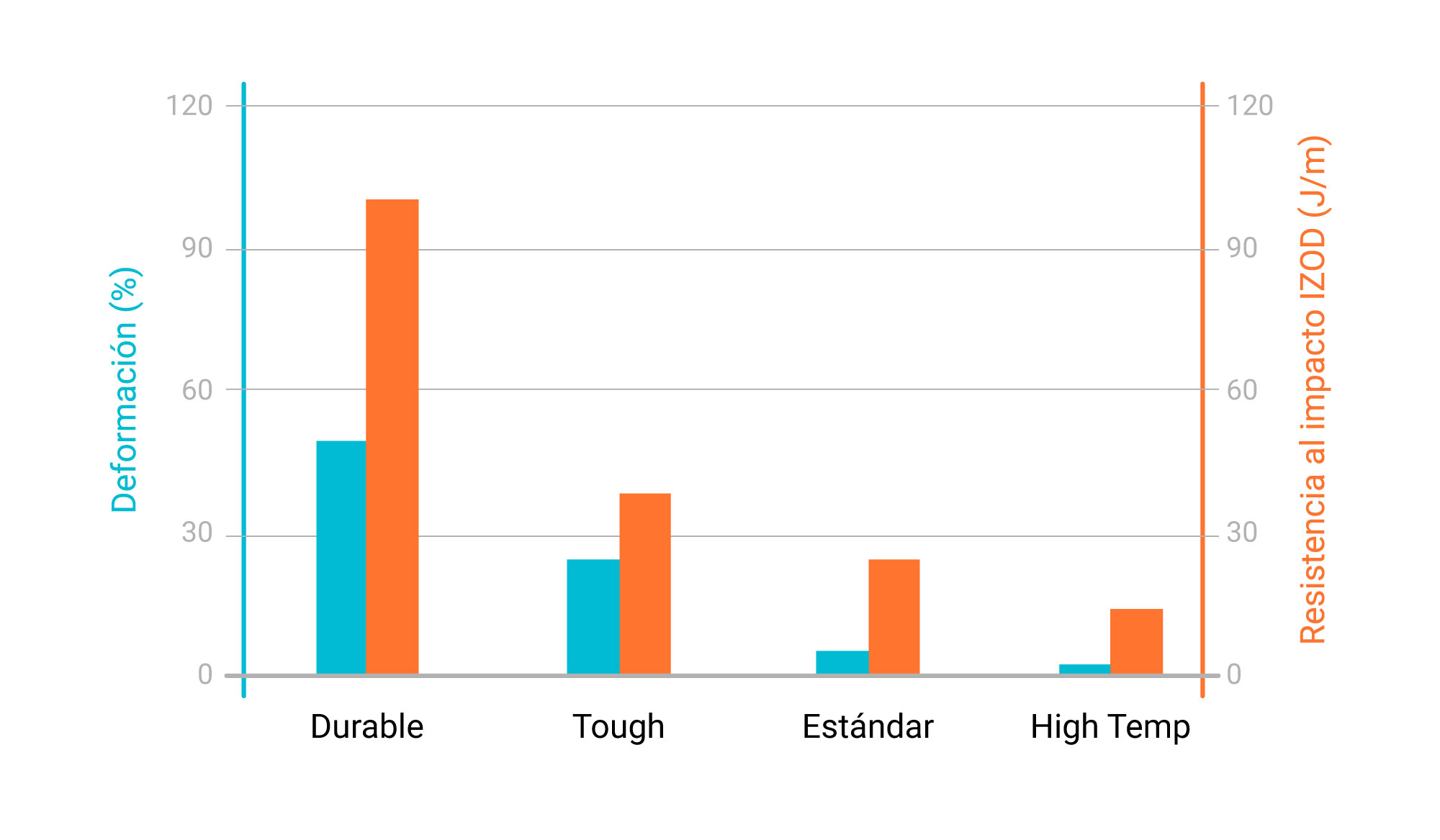 Among the resins with high impact resistance, BASF's Ultracur3D High Impact line stands out. These resins provide a tensile strength of 50 MPa with a breakage deformation of 56%, a flexural modulus of 1700 MPa and an impact resistance of 1.39 J/m2. This makes them ideal for the production of mechanical components and functional prototypes. 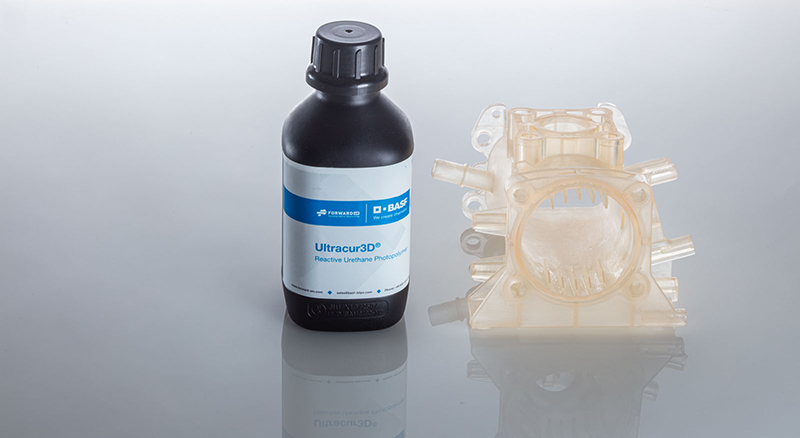 Thermal resistance has always been one of the weak points of 3D printing resins. In general, all resins have softening temperatures between 50°C and 80°C.

Currently, there are very few resins available for high temperature applications, with Formlabs' High Temp resin being the most important. This is a resin capable of withstanding temperatures of up to 142 ºC once cured (under a load of 0.45 MPa). The main advantage of this resin is that it is possible to increase its thermal resistance up to 238 ºC by applying a heat treatment to the parts consisting of heating them to 60 ºC for one hour and then to 160 ºC for one and a half hours.

One of the main handicaps of 3D printing resins has always been their high brittleness, a property not desired in engineering. This is why the appearance in recent years of flexible and elastic resins has been a revolution.

Image 9: Comparison of Flexible 80A resin and Elastic 50A resin Source: FormLabs.

However, one of the most important leaps forward in this type of material is BASF's new line of flexible and elastic resins. These are resins based on urethane acrylate oligomers, and offer the greatest flexibility and elasticity among the resins available today. BASF Ultracur3D FL300, for example, with a hardness of only 37 Shore A, provides breakage deformation of up to 306%. 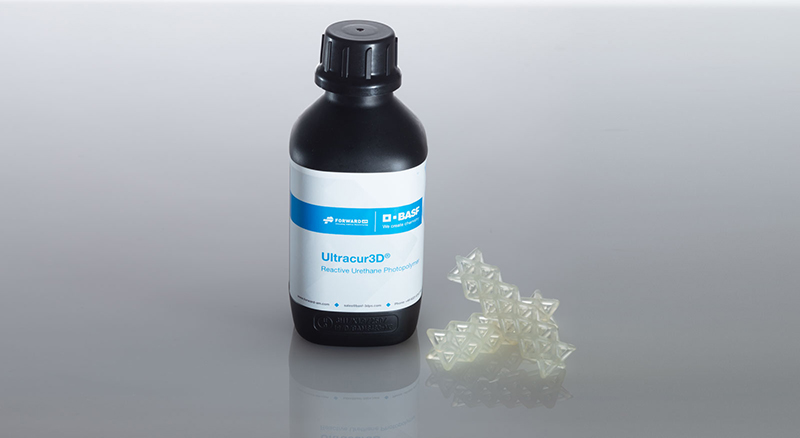 In recent years, the range of materials for 3D resin printing has grown exponentially, including new materials with properties that match and in some cases even exceed those provided by thermoplastics for FDM. This, coupled with the fact that 3D resin printing provides superior isotropy to that obtained by FDM, makes it a viable option in many industrial and engineering applications.